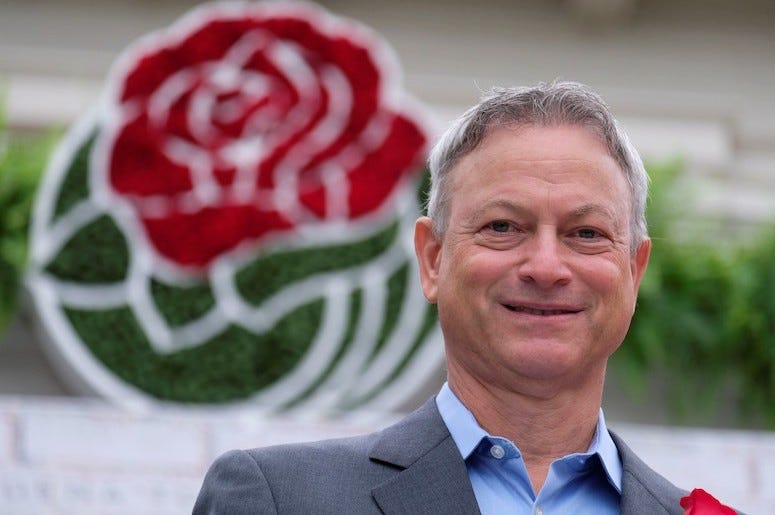 Photo credit (Photo by Xinhua/Sipa USA)
By Miles In The Morning 98.7 KLUV

Actor Gary Sinise has long been an ardent supporter of our service men and women and their families.

While he has dedicated part of his life to honoring our veterans, earlier this month the Congressional Medal of Honor Society took time to honor him.

The organization presented Sinise with the Patriot Award, the highest honor given out by the Congressional Medal of Honor Society.  The Patriot Award honors and recognizes those individuals who have contributed significantly to American military services.

The 64-year-old established the Gary Sinise Foundation in 2010 in order to help improve the lives of our service men and women, and has routinely taken the families of fallen military heroes to Disney World every year ahead of Christmas.

Today begins our GSF Snowball Express #14. Over 1000 Gold Star Children travel with surviving parent or guardian, over 1,750 in all, via our travel partner @AmericanAir to Disney World as part of our @GarySiniseFound Snowball Express program. pic.twitter.com/lvDfMhXXcR

There is nobody more deserving!

Earlier this week at the Ronald Reagan Presidential Library, the Congressional Medal of Honor Society bestowed its highest honor, the Patriot Award, upon Gary Sinise for his decades-long service to the nation's service men and women, veterans, their families, and those in need. pic.twitter.com/MoKApZmhW4