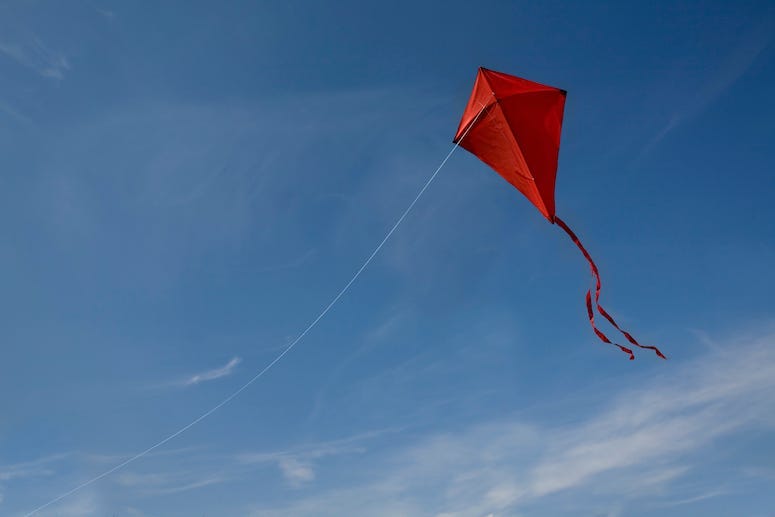 A festival in Nanlioao, Taiwan almost ended in tragedy after a three-year-old girl became entangled in a giant kite.

The girl, identified only b y her surname "Lin," apparently weighs just 28 pounds, and was swept up by the kite's long tail which lifted her as high as 100 feet into the air.  Lin was tossed around for 30 seconds in the air, much to the horror of all the festival attendees.

Luckily, she was lowered close enough to the ground to be grabbed by festival-goers before she, or anyone else, was seriously injured.

Thankfull, Lin's injuries were minor, the girl only having suffered some mild scratches to her face and neck.

It is unknown how exactly she was swept up by the kite's tail, which appeared to be wrapped around her stomach.  The festival was called off after the incident.