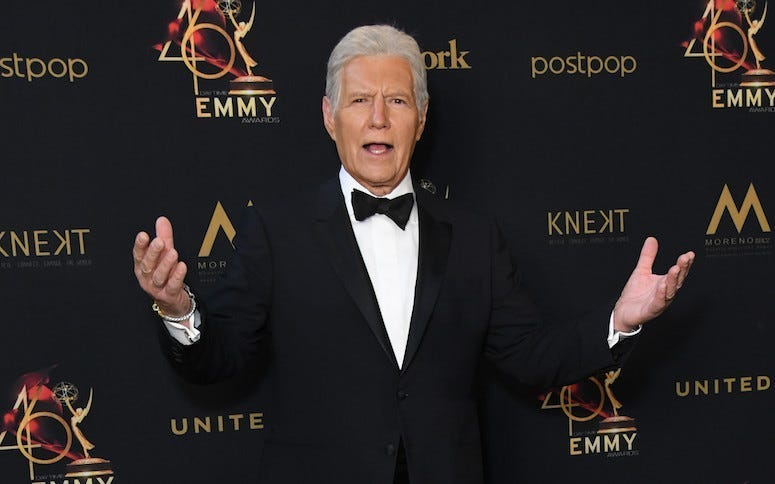 Photo credit (Photo by Birdie Thompson/AdMedia/Sipa USA)
By Miles In The Morning 98.7 KLUV

They had new episodes stocked up entering the pandemic, along with the Teachers Tournament semifinals airing May 25-29, with the semifinals and finals June 1-5.  New regular episodes aired this week, with the last of them running out today, June 12.

However, despite his fight with stage 4 pancreatic cancer, host Alex Trebek is eager to get back into the studio and right back to filming new episodes.  A spokesperson for the show said, "Alex is looking forward to resuming production as soon as we are able to do so.  He's told us he wants to be one of the first shows back in production."

Starting next Monday, Jeopardy! will begin showcasing big champions and big wins leading up to an encore presentation of the 2019 Tournament of Champions, which will begin July 6.