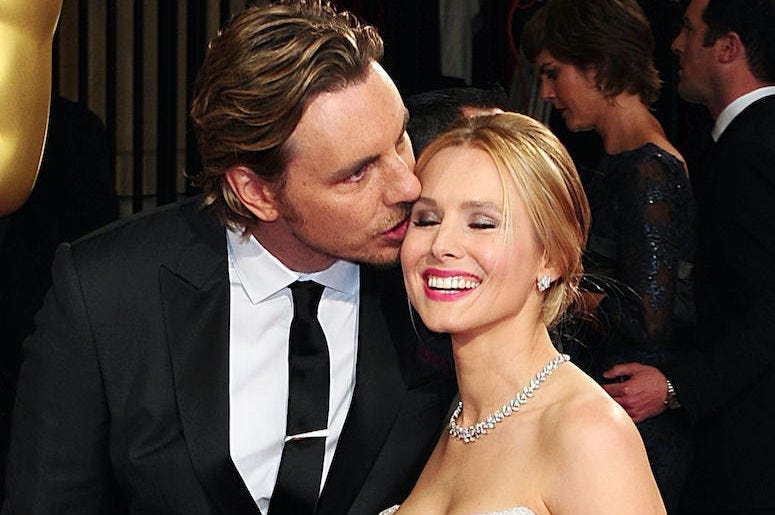 Kristen Bell recently caught her daughters in a rather precocious position while the pair was virtual learning.

During a break in the Zoom session, Bell caught her daughters, Lincoln, 7, and Delta, 5, drinking O'Douls non alcoholic-beer!

Bell explained on the Say Yes! With Carla Hall podcast, "They have 15-minute breaks where they’re allowed to jump around and grab a snack and wiggle it out.  I walk in to check on them at 9:30 and both of them are drinking an O’Doul’s on their Zooms. They’re both just sipping their Doulies.  And I’m like, ‘What must these other parents and teachers think of me?"

Apparently, when Bell and her husband, actor Dax Shepard, would go out on walks when the girls were young, they would "paw" at and put their mouths on the rim of the non-alcoholic beer.  Apparently, they grew an inifinity for it, and it has sort of become a "sentimental thing for my girls," according to Bell.

Bell believed some good came out of the little incident, however.  She believes Lincoln and Delta learned an important lesson about their father's sobriety "and the importance of it and why Daddy can’t drink."

Dax Shepard has been sober for 16 years.