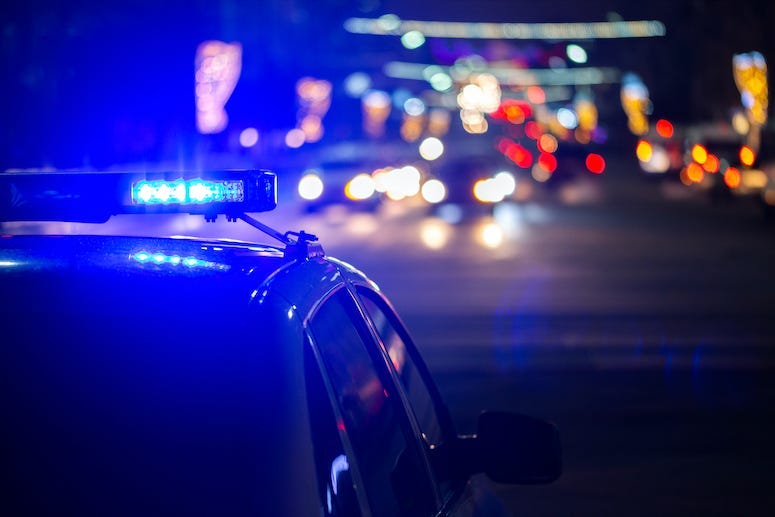 A Florida lawyer was recently arrested after leading police on a high-speed chase, that resulted in a crash and her being forced out of her vehicle at gunpoint.

38-year-old Reena Patel Sanders led the Florida Keys police officer on a high-speed pursuit after the officer tried to pull her over going 80 in a 45-mile-per-hour zone.  Well, Sanders got it all the way up to 90, fishtailed, ALMOST crashed, and then was boxed in by officers.  She was held at gunpoint and led out of her vehicle.

During her arrest, Sanders apparently "was shouting obscenities at deputies and began to name off famous actors, such as Dwayne ‘The Rock’ Johnson, Owen Wilson and Ryan Reynolds," and when asked why she tried fleeing the officers, she explained she was "scared."

And after they made it to the police station, Sanders began repeatedly asking the officers to go out for pizza.

Sanders was recently appointed partner at a law firm in Fort Lauderdale, where she specializes in property litigation.

When reached for a comment, she told the ABA Journal, "My comment is just that I’m f- - -ing innocent. How about that?"  She also added that she is a great litigator, and she knows how to get stuff done.
Via ABA Journal