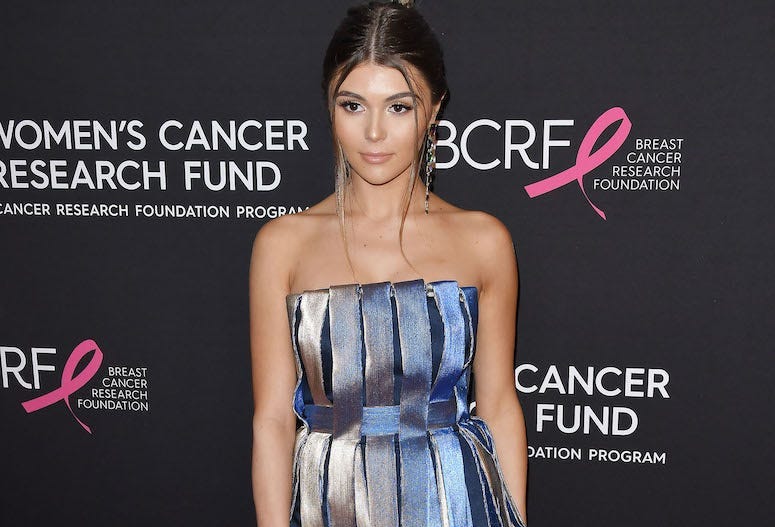 Photo credit (Photo By Sthanlee B. Mirador/Sipa USA)
By Miles In The Morning 98.7 KLUV

Operation Varsity Blues has continued to be an ongoing, never-ending process.

We’re still waiting for Lori Loughlin and her husband Mossimo Giannulli to head to court, to answer to the charges of conspiracy to commit mail fraud and honest services mail fraud levied against them.  But, we have a new, little wrinkle in the case.

The alleged fake resume of Olivia Jade Giannulli has surfaced, one that lists her “many” rowing accomplishments throughout her amateur sports career, which of course sparked this entire investigation into the largest college admissions scandal in history.

The resume, which doesn’t identify Olivia Jade by name, but whose High School graduation date of 2018, aligns with Olivia Jade, claims that she was an award-winning crew athlete, of which she was awarded a scholarship to the University of Southern California, though it is believed she never participated in the sport.

Loughlin and Giannulli are currently accused of paying half a million dollars to secure their daughters’ admission into USC, though the couple is arguing that they gave the money in good faith, believing it to be a donation to the school, and were unaware of what the mastermind behind the scandal Rick Singer was up to.