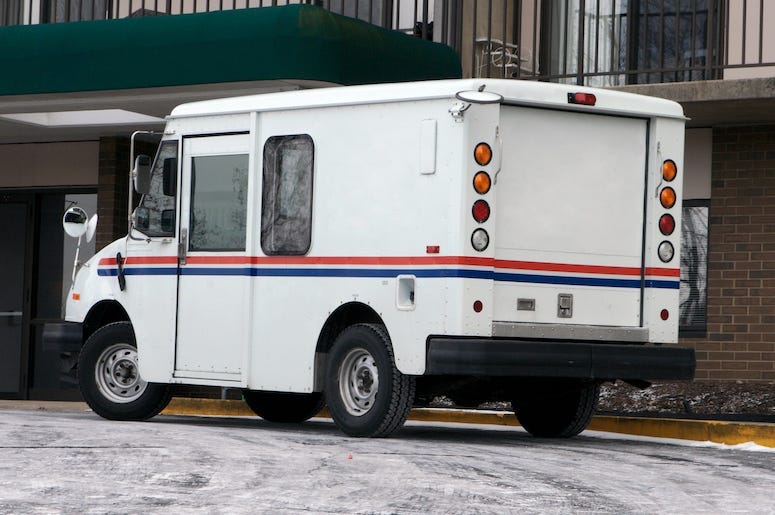 She told news station WFLA, “I was elated. It was like winning a million dollars to me."

Unfortunately, she won't be seeing a dime of her winnings.

Burgess couldn't claim the cash at any of the state's local lottery offices since they are all closed due to the pandemic.  So, she did as instructed, and sent her ticke in through the mail.  Unfortunately, it never arrived.

The last known tracking tracking information showed the ticket in transit on August 12, and that's where its journey apparently ended.  The ticket never arrived, and as such Burgess could not receive the money.  Burgess said, "They said, ‘We have not received this ticket.’ They said, ‘No ticket, no prize.'"

The winnings ended up going to an alternate winner.

Six weeks after the fact, the winning ticket has never been recovered.

The USPS apologized to Burgess, and said it’s working with the state lottery to help her cash out her prize.  A spokesperson said, "In this specific instance, we are continuing to work with the lottery office to confirm receipt of the mailpiece.”

Though the Florida Lottery is not responsible for winning tickets lost in the mail, they have also said they will "make an exception" for Burgess, and will pay out her prize if the package shows up postmarked by the original deadline.  The lottery said, "Ms. Burgess’ situation is an unusual circumstance and, to our knowledge, no other winner has experienced a similar issue.  Because the Lottery did not receive Ms. Burgess’ ticket within the seven-day claim period, an alternate winner was selected and paid. However, if Ms. Burgess’ package arrives at Florida Lottery Headquarters with a date stamp prior to the original expiration date, our Claims Processing department will process and pay her claim."