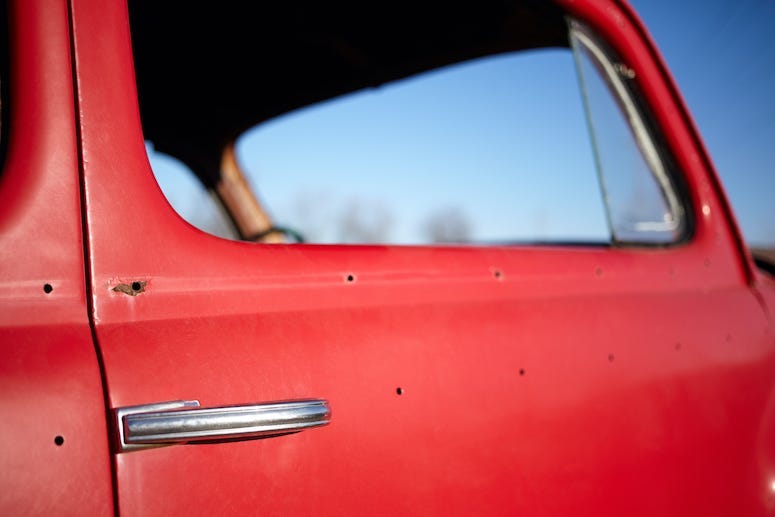 A Spencer, Iowa was taken to the hospital after engaging the police in a pursuit that led him to being RUN OVER!

32-year-old Jordan Walbaum was suspected of stealing a pickup truck, and when police located him inside the vehicle, the chase began.

First of all, while in the midst ofd the chase, Walbaum began throwing various items out of the vehicle.  Police would later find these items to be methamphetamine and drug paraphernalia.

Eventually, police were able to chase Walbaum into an alleyway, where the stolen truck's doors were able to be locked via OnStar Control.  This didn't sit well with Walbaum, as it probably wouldn't have with any car thief.

In response, Walbaum JUMPED through the open window of the moving vehicle in order to make his escape. Unfortunately, he didn't get very far, as the still moving vehicle RAN OVER HIS LEGS!

The stolen pickup continued moving, hitting two other cars and crashing into a garage causing "significant damage" according to the Pocahontas police.

Walbaum was transferred to an area hospital for treatment, but no other injuries as a result of the escapade were reported.  A warrant was apparently already out for Walbaum after a confrontation with police this past Saturday.