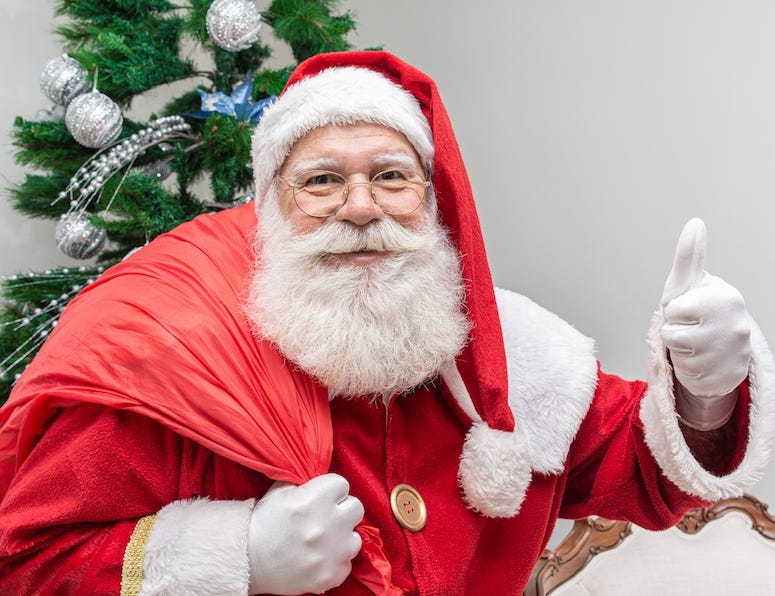 He wears his signature red and white shirt, complete with matching hat, has a long white beard, and a nice jolly belly.

Robby also happens to refer to himself as “Robby Claus” because he indeed dresses like Santa in order to “get people to laugh and spread a little love over the Christmas season.”

He was enjoying a meal with his family at a South Carolina mall when he was asked to leave by mall security.  Allen recalled, “You can’t come in here. I said, ‘Why?’ You look too much like Santa Claus. I said, ‘What, all I want to do is get some lunch.”

This "Santa" out of Rock Hill says the Galleria is on his "naughty" list this year after mall security told him to go away. He says it doesn't make sense.

Mall reps say "he confuses the children" Story at 11 pic.twitter.com/5TjkhMbO38

Representatives from Rock Hill Galleria said the mall has an exclusive contract with another Santa, and is not allowed to have any other Santa-lookalikes on the premises.

They said Allen is welcome back to the Galleria as long as he does not dress as St. Nick.  Allen’s intentions are rather clear, however.  “They are going to get a bag of coal without the coal in it,” he said.