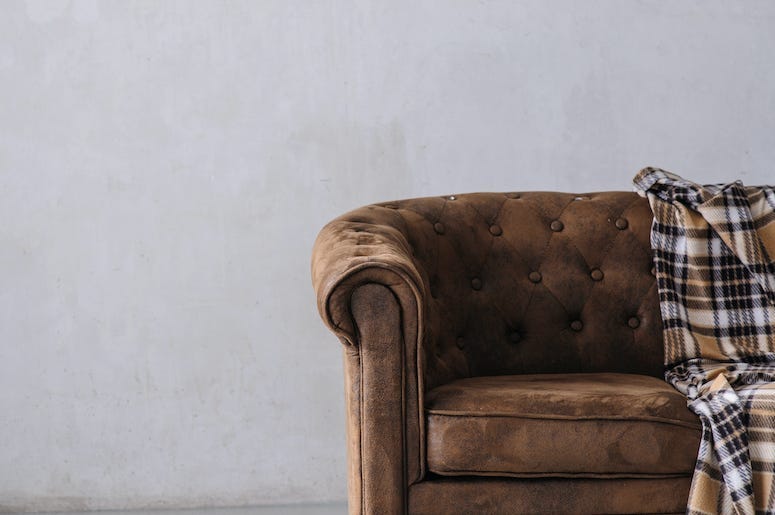 However, when he brought it home, something didn’t feel right.  Searching through the couch’s cushions, his daughter-in-law found the source of the discomfort.

Kirby says, “She opens it up and pulls it out and she says, 'Dad, money.’”

Kirby certainly could have used the money, and though a lawyer said he was legally in the right to keep the cash, Kirby decided to turn to his faith in the matter.  “I'm a born again Christian, and what would Jesus do? Jesus would give it back to the rightful owner.”

He contacted the Habitat ReStore where he bought the couch to try and get in touch with the previous owners.  And he found them.

The Newberry family donated the couch last month after their grandfather passed away, and Kirby returned all of his $43,000 to them.

Of course, Kirby was tempted to keep the cash, and already was making a list of what he could do with it, but he knew returning it was the right thing to do.  He said, “I've heard about it happening before and I always thought, what would I do if I found that money? Now I know," he said. "Makes me feel good. I believe I'm doing the right thing.”