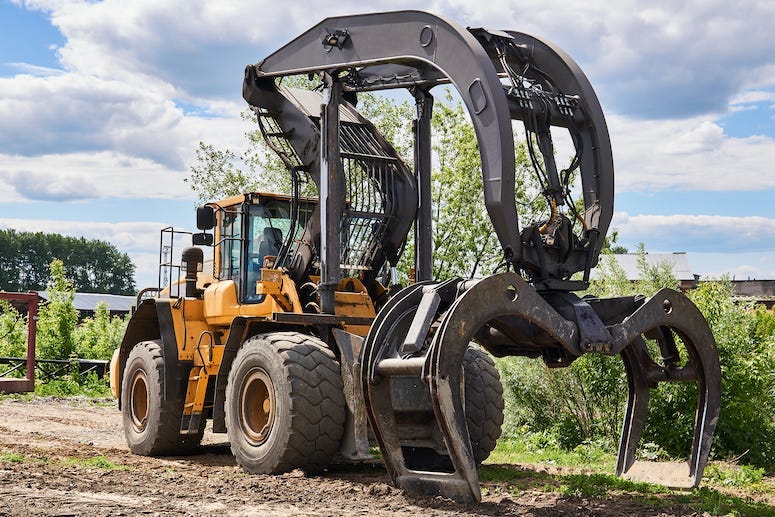 Police in Elliot Lake, Ontario arrested a man accused of thieving a logging skidder stolen from a local forestry business.

36-year-old Gaetan Henry procured the skidder after his pickup truck became stuck in his bridge.  In his infinite wisdom, Henry decided to steal the skidder to try and free up his truck himself.  Unfortunately, he completly lost control of the machine, and ran right over his truck, crushing it.

And if THAT wasn't bad enough, Henry proceeded to call the Elliot Lake Police and report his truck as stolen.

Henry was arrested, and is now facing charges of theft over $5,000 of a motor vehicle, and public mischief.

He is scheduled to appear in court in October.

sports
Michigan legislators make pitch for Robert Saleh as Lions' next head coach
news
Twitter confirms it may ban Trump after Biden inaugurated
sports
Hayden Hurst details battle with depression, commends Dak Prescott for raising awareness
news
Among first acts, Biden to call for 100 days of mask-wearing
music
Chance the Rapper reveals Jeremih is due to leave the hospital after COVID-19 battle
music
This Demi Lovato and All Time Low collab has been 9 years in the making