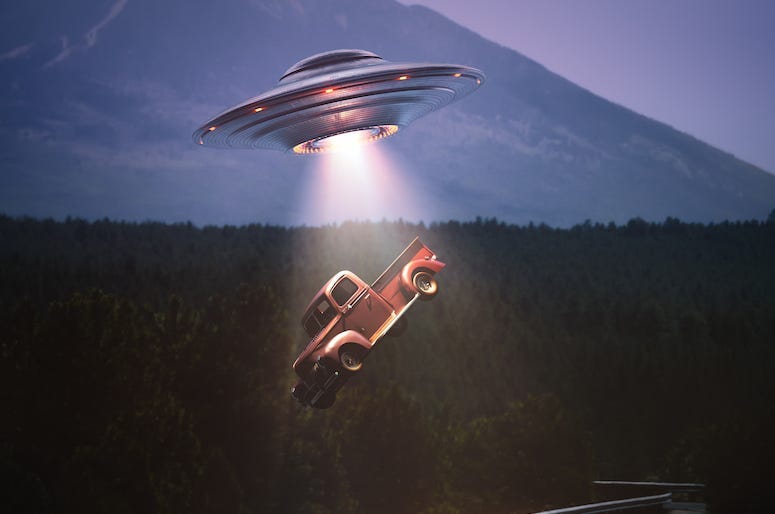 A Utah man is behind bars after he stole a pickup truck out of a 7-Eleven parking lot.

The victim left the keys in the truck and the vehicle unlocked when he went in to the convience store for a quick stop.  That's when Bryce Jerald Dixon hopped into the vehicle and took off.

Apparently, Dixon took the truck in order to drive all the way to the "Colosseum to get on a flight with alien diplomats."  Unfortunately, before Dixon could get to the Colosseum, which was some 6,000 miles away across the ocean, he started feeling bad, and decided to return the red pickup truck to the parking lot and its owner, where the police were waiting.

Dixon was then transferred to a nearby hospital for treatment after the truck owner punched him in the face upon returning the vehicle.  While at the hospital, Dixon also tried to escape three times.

He returned a stolen truck but he stuck by his story: Aliens needed him to get to the Colosseum.https://t.co/aYckqGdRLD

Dixon was booked into Utah County Jail, and currently faces charges of suspicion of theft of a motor vehicle and three counts of attempted escape