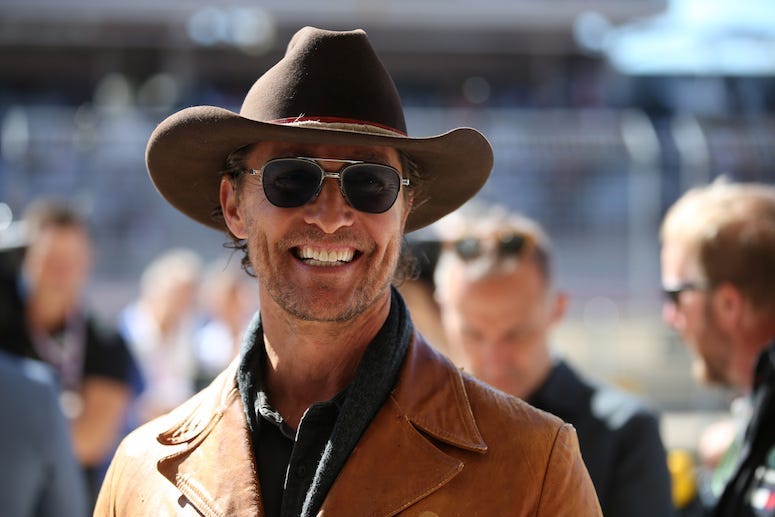 In the book, McConaughey dives deep into his personal life, including the circumstances that led to his father's unfortunate passing.

His father James Donald passed away in 1992 when McConaughey was 23-years-old.  And apparently, "Jim" passed away while in the middle of the "act" with his wife, McConaughey's mother, Mary Kathleen.  McConaughey explained, "He was my dad. Nobody or nothing could kill him. Except mom. He'd always told me and my brothers, 'Boys, when I go, I'm gonna be makin' love to your mother.  And that's what happened.  He had a heart attack when he climaxed."

Greenlights is set to be released this Tuesday, October 20.