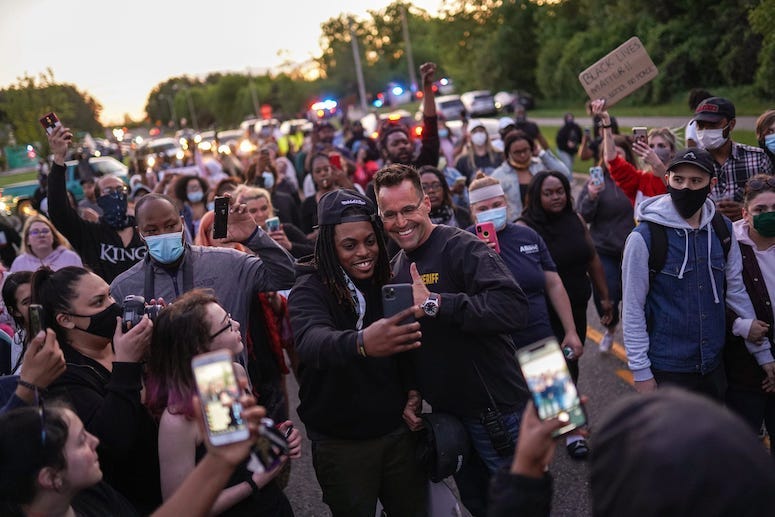 Amongst the violence we saw all weekend long, this is still hope.

In Flint, Michigan, Genesee County Sheriff Chris Swanson was speaking with protesters and demonstrators.  He told the group, "The only reason we're here is to make sure that you got a voice -- that's it.  These cops love you -- that cop over there hugs people."

After relaying his message of love, the crowd began chanting "Walk with us."  It was at this point Sheriff Swanson, having removed his baton and helmet, began walking with the crowd in solidarity.

On Friday, Swanson addressed George Floyd's death with a post on Facebook.  He wrote, "I join with the chorus of citizens and law enforcement officials alike, calling for the swift arrest and prosecution of each police officer involved in this appalling crime," he wrote. "The actions we witnessed on that video destroy countless efforts to bolster community policing efforts across our nation, and erode trust that is painstakingly built."