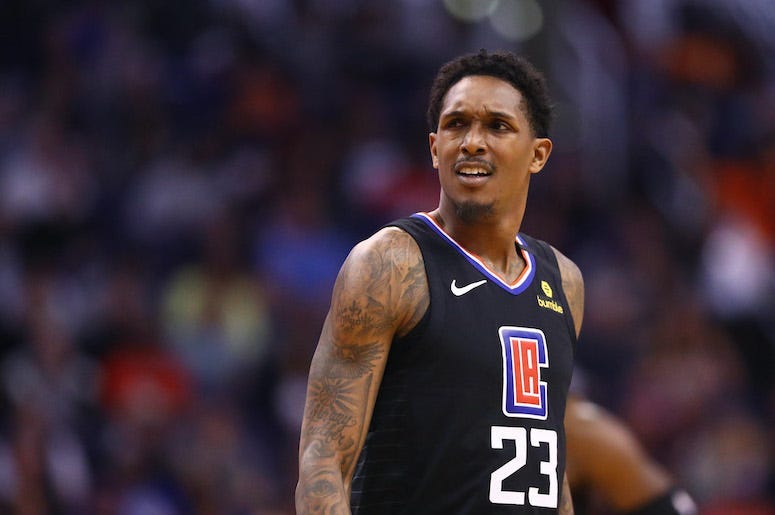 Williams has been residing in the NBA's bubble in Orlando in order to play in the continuation of the 2019-2020 NBA season.  He was given permission to leave the bubble temporarily for a funeral in Atlanta, upon his return he would have to quarantine for four days.

Unfortunately, Williams made another stop in Atlanta: Magic City, a strip club.

Though Williams claimed he only stopped by the establishment to pick up some food, rapper Jack Harlow posted a photo to his Instagram showing the Clippers guard sitting inside the club.  Harlow later deleted the photo, though he claimed the picture was old, tweeting "That was an old pic of me and Lou. I was just reminiscing cuz I miss him."  However, in the photo both are seen wearing masks, with Williams wearing one handed out by the NBA in the bubble.

NBA Clippers star Lou Williams is being investigated by the NBA for leaving the NBA bubble after Jack Harlow posted a pic with him at Magic City Strip Club in Atlanta Thursday night👀😂 pic.twitter.com/yyVICg8siM

Because he visitied the club, Williams will be forced to serve a 10-day quarantine upon his return to the NBA bubble in Orlando.  As such, Williams, the reigning Sixth Man of the Year, will miss the Clippers' first two games of the NBA restart.

However, he could miss more if his re-quarantining time is extended if recommended by the league's infectious disease specialists.