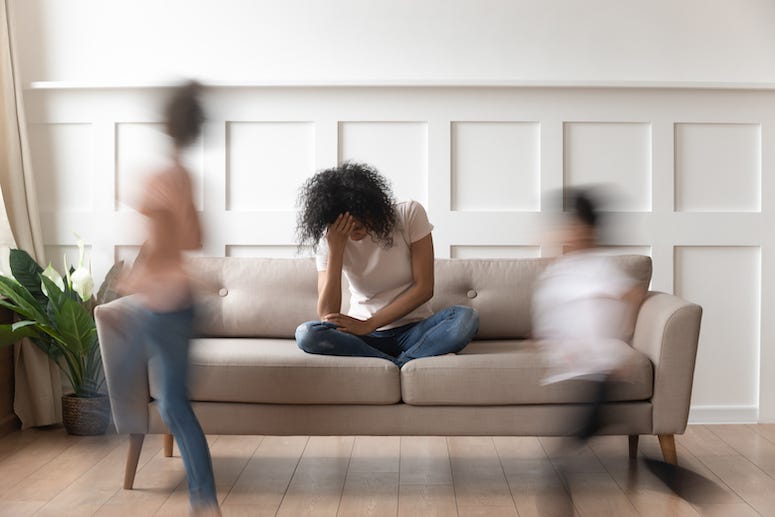 In this crazy, locked down, Covid-world, parents are doing more than ever.

They're teachers, chefs, employees, on top of ALREADY being parents.  And a new study has shown that parents are feeling the effects of doing a thousand jobs at once.

According to a new study, researchers found that for parents, they hit "peak stress" time during the day at 11:54 A.M., and don't often get to relax until 8:39 P.M.  The 2,000 parents asked for the survey attributed the long, stressful days to "keeping their kids entertained, cooking meals, and clearing up after the family."  The participants also cited "cleaning the kitchen, making sure children are in bed on time and putting a wash on are also among the jobs which need to be completed before mums and dads switch off."

And though kids were a major cause, other factors contributing to stressful parents included money, keeping the house clean, and not getting enough sleep.

Via The Daily Mirror