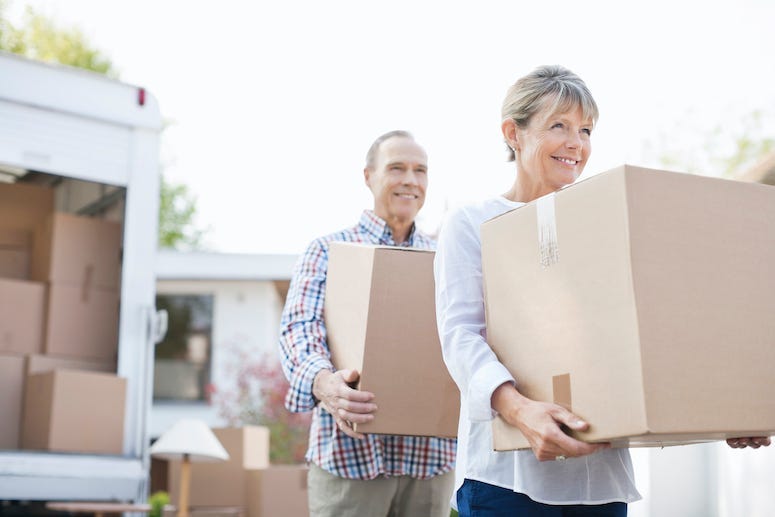 Due to the ongoing pandemic, more and more adults are deciding to stay at home living with mom and dad a little longer than they may have done in the past.

Actually, the amount of young adults living with their parents is at an all time high, and it does effect mom and dad, in more ways than their children would probably like to hear about.

Jennifer Ruff and her husband have twin sons, both of whom are in their freshman year of college.  One, Harry, is currently living in the dorms at the University of Wisconsin-Madison.  The other, David, a freshman at George Washington University in Washington, D.C., is stuck at home.  GWU limited access to on-campus housing and has made his classes virtual due to the ongoing pandemic.

Ruff and her husband were looking forward to finally being empty nesters, with one of the many reasons being that they could finally walk around naked.

She told Yahoo! Life, "We’ve been married 22 years, 18 of which have been spent raising children ... It would have been nice to be home and not worry about what you’re wearing as you walk around the house.”

Empty nest on hold: Parents share what it’s like to have their college freshmen stay home https://t.co/2mPPqNUFjq pic.twitter.com/PQ9BPWKCtM

In the meantime, the family is finding the good in the situation.

They're enjoying the companionship together, the feeling of being safe at home, and the possibility of getting the dog.  Also, as the mother of twins with no other children, she said she’s also grateful to have time to “ease into having an empty nest,” as one son leaving for college is an adjustment, where as both moving out at the same time would have been a total shock to the system.