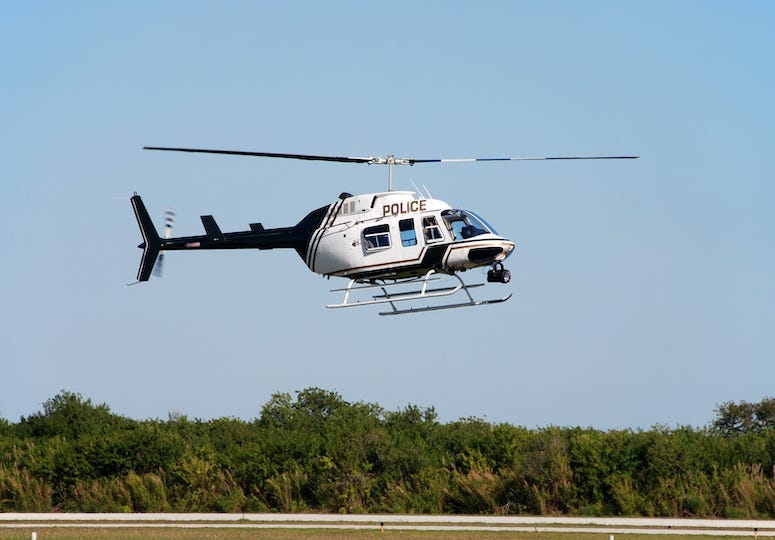 A man was working overnight when he got an alert from his Ring camera about a disturbance in his property.

Apparently, three teens were driving around Deltona, Florida early this past Sunday morning when they happened upon this man's house.

Luckily, he was able to alert the authorities and keep a watchful eye on the three suspects, because this man's job happens to be as a POLICE HELICOPTER PILOT!

If you're going to break into cars, you probably should avoid homes with Ring cameras. Whose residents are Seminole Sheriff's Office helicopter pilots. That are currently in the air. Who will then lead Volusia County deputies right to you. #lifehack https://t.co/yw0yCsVONE

He used the camera's night vision to track the suspects down, and kept following them until the police were able to set up spike strips to disable the vehicle they were riding in.

The three teens were eventually apprehended, and along with the getaway vehicle being stolen, police also found several wallets, a ski mask, and a window breaching tool in their possession.

Via The Dayton Beach News-Journal