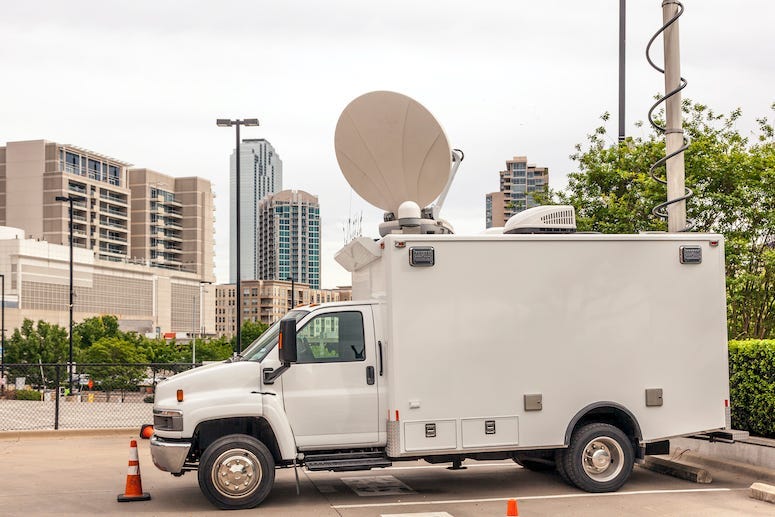 Reporter Iyani Hughes was sitting in a news van in Atlanta editing a video when a random woman jumped into the driver's seat and took off.

The "belligerent" woman hijacked the van around 5:30 a.m. Tuesday morning, and sped off, seemingly going nowhere.  Also, to make matters that more unusual, the woman was pregnant, and ironically enough, as is Hughes!

The entire situation was heard in the news studio, as Hughes was knocked to the van's floor, but thankfully made her way to the passenger's seat where she was able to buckle in.

Seniqua Lunsford, 38, was arrested and charged with kidnapping after she proceeded to crash the stolen van into another car in a nearby traffic circle.  Hughes was uninjured in the crash, though Lunsford suffered an injury to her arm.