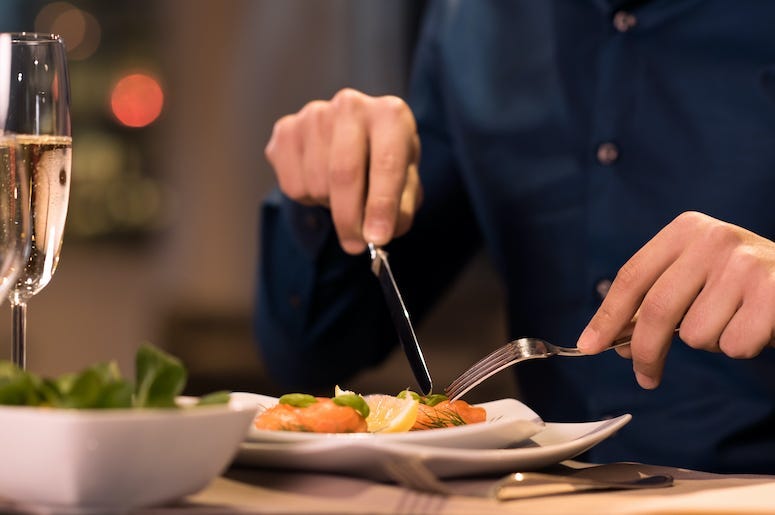 It’s hard to believe, but Valentine’s Day is just a little over a week away.

Many of y’all are scrambling to find reservations for two at the fanciest restaurant in town, though plenty of others have nothing to worry about, because being single takes a ton of weight off the holiday.

However, if you do feel like celebrating this day of love, but don’t have a date to show for it, fear not.  Two4One in London has got your back.

Two4One is a pop-up restaurant launched by Tastecard, a discount card, across the pond that is described as the UK’s first “self-love“ restaurant.  A press release from the restaurant states, "Dining solo on Valentine’s Day is still a taboo.:  Valentine’s “infamously excludes singletons, the release goes on – adding that Tastecard wants to “promote self-love over anything else”

However, there is a twist.  At the end of the meal, you'll be seated in front of another person the entire time during your meal, and at the end of the evening, the mirror will be lifted.  The pair will then have the option to split the bill, and claim a two-for-one deal.

Tickets to the restaurant cost $25 a piece, though all the money raised will be donated to Mary’s Meals, which provides hungry children with a meal every school day.