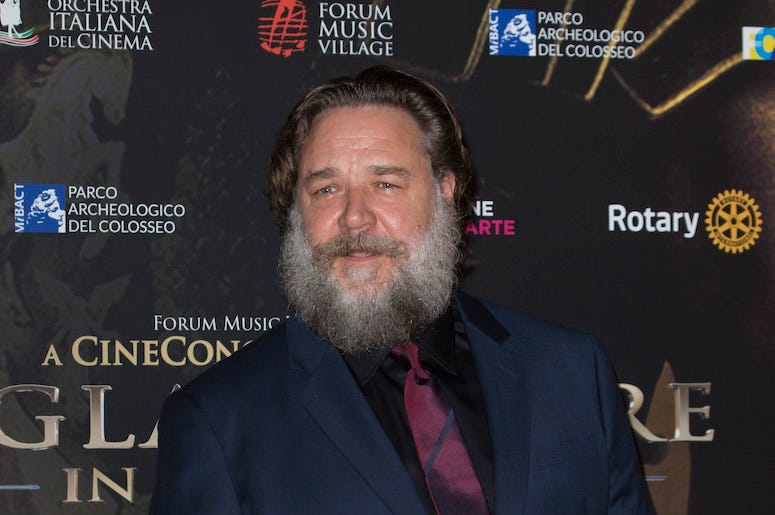 Photo credit (Photo by Alessia Paradisi/Abaca/Sipa USA)
By Miles In The Morning 98.7 KLUV

During this ongoing pandemic, a lot of people have probably discovered their priorities in life, and what truly matters to them.

For Russell Crowe's kids, that was Uber Eats.

The Academy Award-winning actor explained on The Tonight Show Starring Jimmy Fallon that while he is quarantining in "the bush," aka the outback of Australia, his kids, Charles, 16, and Tennyson, 13, are quarantinining in Sydney with their mother.  The pair are on good terms, but Crowe wanted to be closer to his elderly folks during this trying time.

His kids, however, decided to stay in Sydney, because first their schools were still open, and they wanted to be closer to something else.  Crowe explained to Fallon, "They were like, ‘No, no, dad, we’ve made the decision that in a pandemic, we’re going to isolate in the most populous part of the country surrounded by the areas that have the most infections,' and I’m like, ‘Guys, can I ask why?'  My youngest one, who is just too honest, said, ‘Uber Eats.'"

Crowe doesn't seem to harbor any bad feelings, however.  He said, "In a pandemic, my fatherly roles and responsibilities were passed over.”