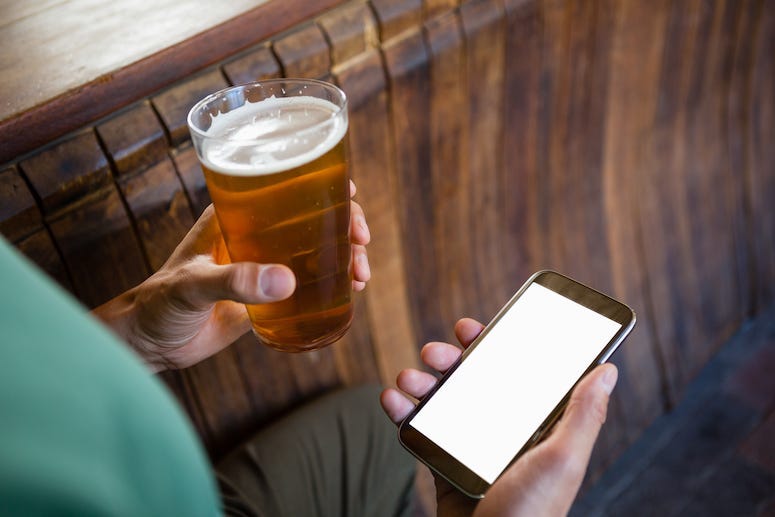 Your smartphone could soon let you know when you've had a little too much to drink.

That is in case you didn't know already.

A new study from the Journal of Studies on Alcohol and Drugs found that smartphones can tell when a person is drunk simply by changes to the way they walk.

Your smartphone knows when you're drunk, study says https://t.co/ySnuRbIwVb pic.twitter.com/OJuseLmtyS

Scientists had 22 adult volunteers drink a vodka cocktail in 60 minutes, and walk a straight line once an hour for seven hours with a smartphone attached to an elastic band around their lower back.  "Roughly" 90% after the 20-step walks, the researchers were able to determine which volunteers were drunk, simply by their walk.  The study said, "We found preliminary evidence supporting use of gait-related features measured by smartphone accelerometer sensors to detect alcohol intoxication."

Dr. Brian Suffoletto, the study’s lead researcher, believes that smartphones could eventually "help people reduce their alcohol consumption, allow sponsors to better monitor alcoholics’ habits, and prevent drinking and driving."  He says, "We have powerful sensors we carry around with us wherever we go.  We need to learn how to use them to best serve public health."