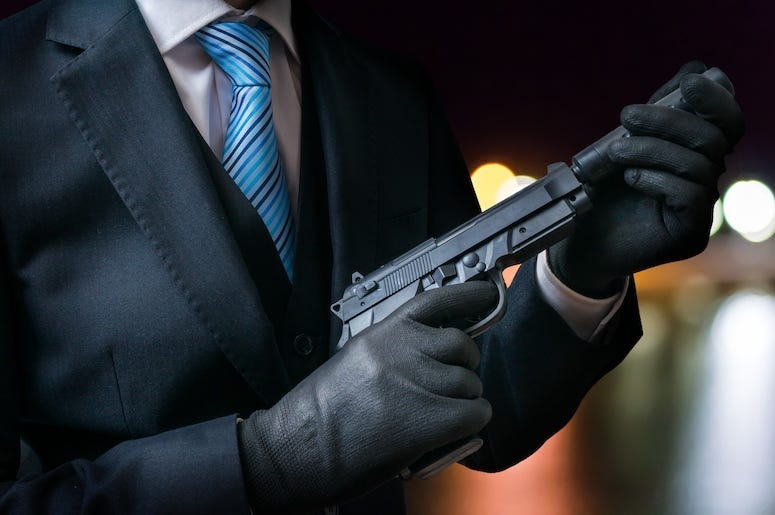 Florida woman Ashley Spencer wanted to huy herself a gift for her upcoming 34th birthday.

Unfortunately, she wanted to secure the services of a hitman in order to take out her husband's lover.  She even told the supposed hitman that she wanted it "done" before her birthday, as a gift to herself.

Spencer made contact with the source on Snapchat, where she allegedly asked "You know of any felons that don’t give a damn about life and willing to do a job?”  Also, during a subsequent phone call, Spencer also spoke of purchasing a gun, and wanting to “do harm to the baby” fathered by her husband with the female target.

She offered $2,000 for the man's assistance in her husband's mistress' murder, and that she would aid the "hitman" in breaking into the home, and disposing of the firearm.

Unfortunately, the source Spencer made contact with was an undercover police officer, and before any hits could be executed, she was arrested.

Ashley Spencer should have been listening to our advice from the get go, and paid attention to Fired from America.

Just this past July, a Michigan woman was arrested after she tried to hire a hitman to kill her ex-husband, by going to the website "rentahitman.com."  You can't make this stuff up!