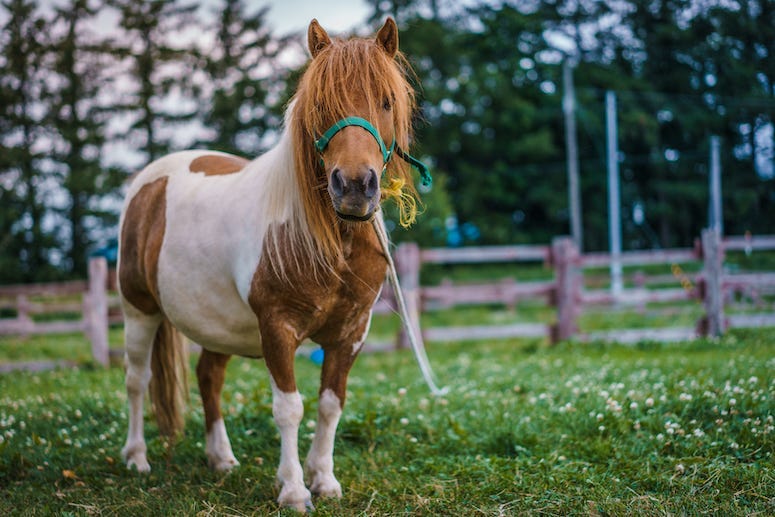 Mini-horses are a protected service animal under federal law.

Yes, it’s true.  Mini-horses and dogs are the only ones who carry that distinction, but we can probably believe it was still pretty shocking for other passengers on this flight from Michigan to California when they saw Fred.

Fred is a domesticated, potty-trained, and well-behaved mini-horse that acts as a service animal for Ronica Froese.  Not only did Fred accompany her on the flight, he had prime seating in First Class too, to make sure he was as comfortable as possible.

“I paid an arm and a leg for tickets, but I did so because it was Fred’s first time and I wanted him to be comfortable.  I wanted him to have the most room,” Froese said.

According to Froese, Fred did amazing on the flight, and it went “better than anticipated,” though Fred’s flying days may soon be behind him.

The US Transportation Department recently announced plans to tighten the laws so that only dogs actually trained to help the disabled qualify for flights, plans that Froese is actually on board with.  She told WXMI, ““t’s a very abused process — there are a lot of untrained service animals on the plane that are not trained.  It’s definitely an abused system, but the sad part is what the DOT is looking at doing, they are looking at excluding me as a handler from taking my horse on the plane.”

For the time being, however, Fred can still fly.  Good boy, Fred.