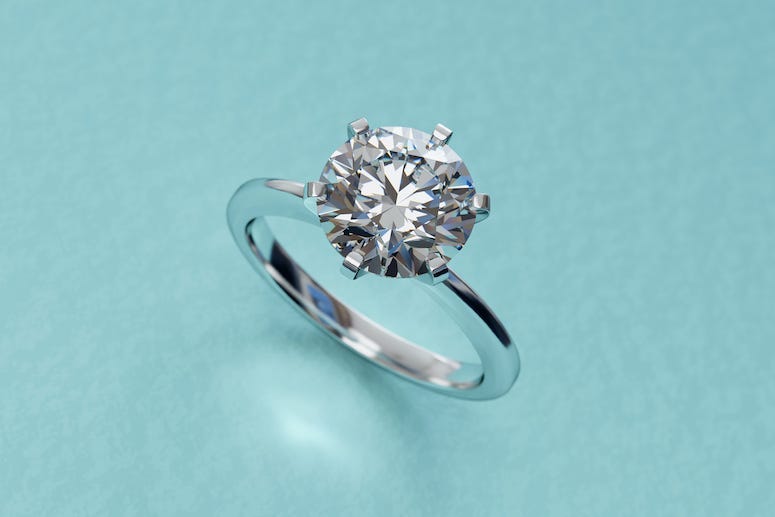 A man is in a little bit of hot water with his fiancé.

He proposed over the Christmas holiday, and since then, his girlfriend lost weight.  Since her boyfriend bought the ring at Tiffany & Co., she brought it there to get it resized.  Well it turns out, it wasn't a Tiffany ring.  Not even in the slightest, and she had been lied to since their engagement.  She wrote in a post on Reddit, "They take the ring and ask my for my fiancé’s info to look up in their system.  They can’t find it and she takes the ring in the back.  The manager comes back a little while after and says that this isn’t a Tiffany and Co ring and shows me there’s no engraving inside."

Since then, she confronted her boyfriend, who maintained he bought the ring from Tiffany.  She continued to dig however, and found on his iPad his recent Amazon orders, which showed her ring as a recent purchase.  He also found the same ring purchased again, but this time in a smaller size.

Reddit users reached out with advice saying, "I'm not a fancy ring person but this is a symbol of your love and relationship - if he wanted to get a cheaper ring fine. It's the lying and playing games. You can't trust this guy."  Another wrote, "He's lying about other things too, this is a huge red flag. He had to go out of his way to get the box."