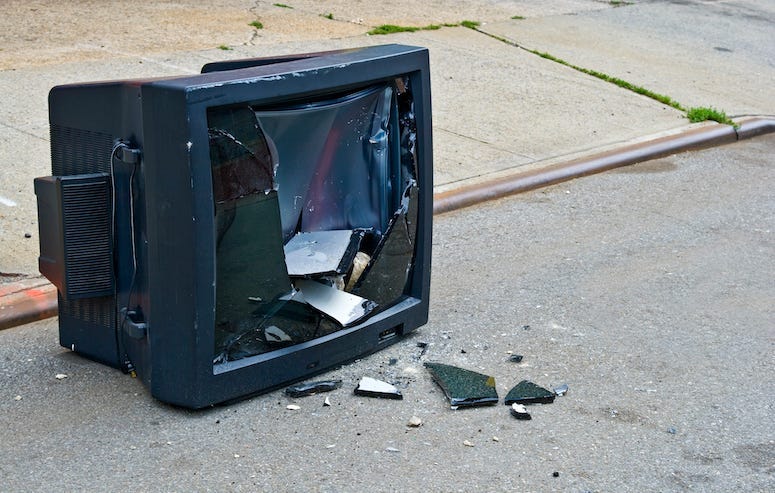 A Florida woman was recently arrested after she threw, amongst other objects, a TV set and an Xbox controller at her boyfriend.

48-year-old Tammy Neviline Marshall of Dunnellon, Florida is accused of hitting her man with the objects after she caught him watching pornography earlier in the week.

Police say Marshall found the victime in the bedroom, with naked images of a woman on his cellphone.  Video recorded by the victim shows Marshall throwing a flat-screen television, Xbox controller, and other items strewn around the bedroom at her man.  The victim can also be heard in the video saying Marshall just hit him.

Marshall said in the report that she was "sorry for hitting him."

She was arrested and charged with simple battery.  She's due back in court in August.