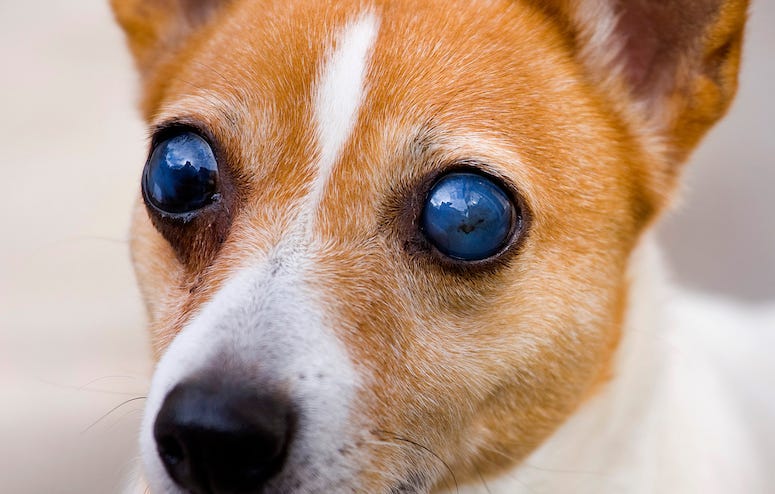 Alex is a four-year-old terrier who stole the hearts of the staff at Dogs Trust, a rescue shelter located in Worcestershire in England.

Unfortunately, the staff began noticing Alex bumping into things as he was walking.  A check up revealed that he had gone blind as a result of detached retinas.  Unfortunately, the vet said his eyesight would never return.

Now, the staff is working had to find Alex a home, saying his new owners will have to act as his “guide humans.”

Remember Alex the blind dog? The Dog's Trust in Worcestershire are still trying to find him a home @DogsTrust pic.twitter.com/bK9WA3ML0x

Training and behavior advisor at Dogs Trust Emma Rex said, “While Alex has quickly learnt to use his other senses, his new owner will need to be patient and be prepared to act as his guide human to help him settle into his new home.”

We volunteer as tribute.