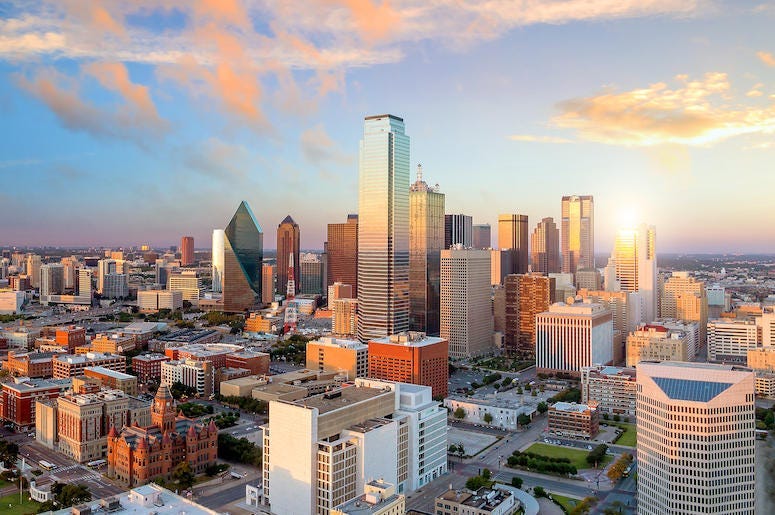 The tallest skyscraper in Dallas is for sale!

The 72-story Bank of America Plaza is just one of the many buildings in downtown Dallas for sale; it has been owned by Metropolis Investment Holdings, a Chicago-based real estate firm since 1998.  Cushman & Wakefield is currently marketing the skyscraper for sale, but would not comment on the current transactions.  The last time the Bank of America Plaza sold, it fetched more than $300 million!

The Bank of America Plaza is one of Dallas' most historic buildings.  It was completed in 1982, where it has maintained its place as the tallest building in Dallas, and now the second tallest in the entire state, ever since.  At night, the building, of course, shows its signature neon green lights, though in 2013 they were replaced to show a variety of different colors.

Whoever does purchase the building will have some work to do.  Current owners have received the city's approval to construct a massive 15-story parking garage on Commerce for the building.  Jack Crews, managing director with commercial property firm JLL, said, "You are going to have to build the garage and work to activate the area.  You bought the biggest building, now what are you going to do with it?  It's a lot of space to lease."