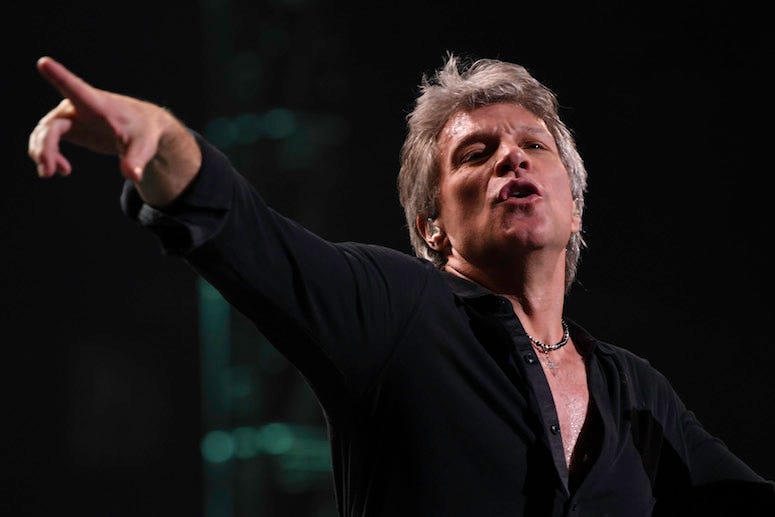 For the "first time in his life," Jon Bon Jovi says he has a boss.

This is the case with the launch of "Hampton Water," a new brand of rosé formed between the collaboration of Bon Jovi, his son Jesse Bongiovi, and his friend Ali Thomas.  The trio worked with acclaimed French winemaker Gerard Bertrand, deciding on a three-grape blend of grenache, cinsault and mourvèdre, to to create a pale pink wine that people would want to drink, and then, their ultimate goal, would want to drink some more.  Bon Jovi says, "Basically, we'd like you to have a second glass."

As for the name, two and a half years ago, the trio were sitting on a porch in the Hamptons drinking rosé.  Bongiovi recalls, "My dad always called rosé 'pink juice,' but one day we told him that we now call it 'Hampton Water.'  We laughed and thought it would be a great name to put on a bottle."

Two and a half years later, here they are.

Last week, Bon Jovi, his son, and Thomas celebrated the official launch of Hampton Water in Texas, with a star-studded private concert on top of the roof of the Joule hotel in downtown Dallas.  Bongiovi, who works everywhere from sales to marketing for Hampton Water says his famous father is the wine's "cheering mascot."  Bon Jovi echoed those sentiments saying, "I guess I'm the brand ambassador.  For the first time in my life, I have a boss."