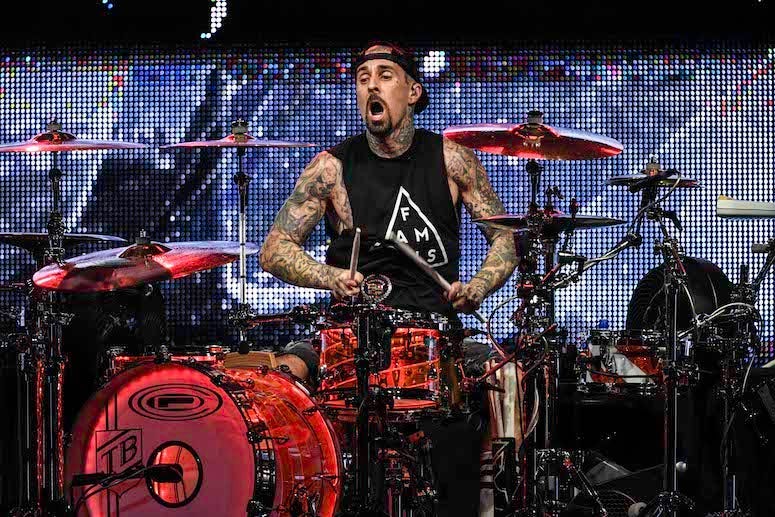 Before he was one of the most acclaimed drummers of all time, Travis Barker was just the new guy in the band.

Newly rediscovered footage of Barker's first-ever appearance with Blink-182 has been making the rounds on the internet.  The footage shows a less-heavily tattooed Barker, along with equally baby-faced Mark Hoppus and Tom DeLonge during a 1998 show in Baltimore, MD.  Barker joined the band just before this set, having replaced original drummer Scott Raynor.  Barker is said to have learned the entire 20-song set just 45 minutes before the band performed!

Recently, Tom DeLonge has come out and spoken of his intention to rejoin Blink at some point in the future telling Kerrang!, "I get it – trust me, I love Blink and it’s given me everything in my life.  And, you know, I plan on doing it in the future."