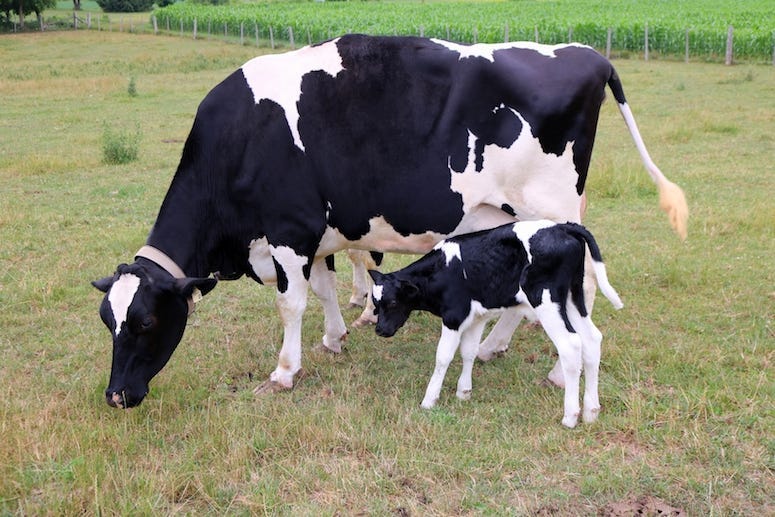 Briana the cow jumped off a truck on Route 80 in New Jersey as it was heading to a slaughterhouse.

After being corralled by police and animal control workers, rather than continue on to the slaughterhouse, Briana was taken to a nearby animal sanctuary, where she received a new lease on life

And some are calling it “bovine intervention,” as jus two days after arriving at the sanctuary, Briana gave birth to a baby calf. Sanctuary founder Mike Stura wrote on Facebook, “Briana is now the proud mother of a beautiful baby girl named Winter.”

Stura continued about Briana, “She was less than ten minutes away from that slaughterhouse when she flew out of the truck.  She’s never had freedom, she’d been impregnated about nine months ago, and had already lost her home and her family, but that wasn't enough, EVERYTHING was about to be stolen from her, her beautiful baby, and her life.”