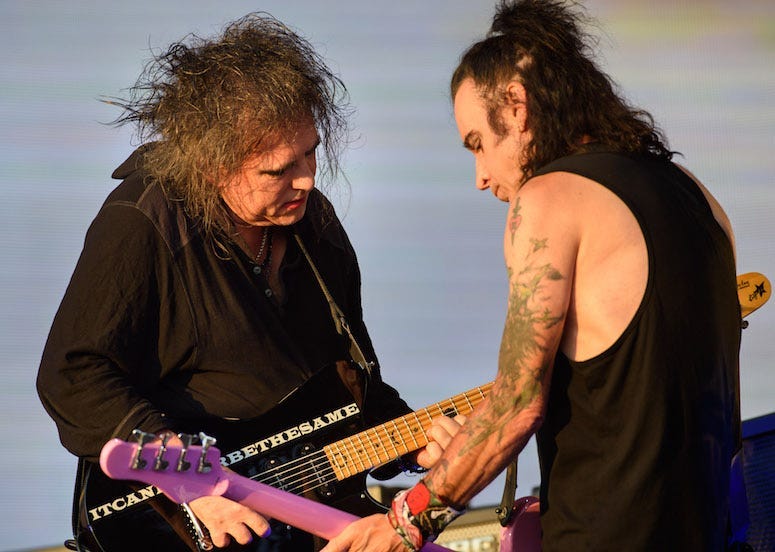 He left the band in 1982, rejoined in 1984, and other than a small leave for a medical issue in 1992, has been a mainstay for all Cure albums and live performances.

Unfortunately, Gallup had to step away from the band's headlining performance at the Fuji Rock Festival in Japan due to a “a serious personal situation” that arose after the band performed at The Paleo Festival.

Fortunately, The Cure was able to find a last-minute replacement, in none other than Simon's son, Eden.

Eden is his father's bass tech while out on the road, and is the godson of Cure frontman Robert Smith, so he's "known The Cure literally his whole life," according to an interview with Smith.  After a quick rehearsal the day of the performance, Gallup took the stage by all accounts, it was a seamless transition.  In fact, Smith said Eden played so well, Smith said he "forgot it wasn’t Simon on stage."

After their performance, Smith said the experience was "surreal," as it was “the first time in more than 20 years” that Simon wasn’t there beside him onstage.