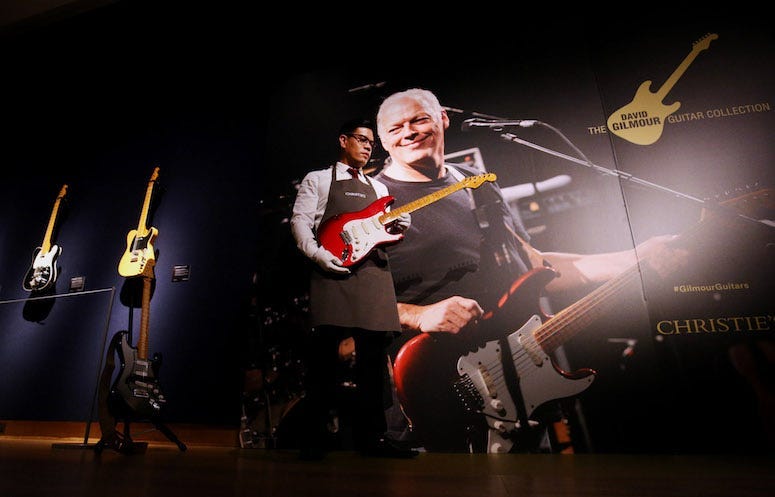 David GIlmour of Pink Floyd recently held a massive auction, where he offered 127 guitars in his personal collection all in the name of charity.

The auction was by all means an incredible success, including setting several world records for sales of guitars. Gi

Gilmour's "Black Strat" used on every Pink Floyd album from The Dark Side of the Moon until The Final Cut sold for an unprecedented $3,975,000, a record for any guitar sold at auction.

Gilmour is donating all proceeds from the auction to ClientEarth, an organization aimed at protecting "the planet and the people who live on it."

If you want to heck out the complete collection of the guitars sold, check out the link below!

The David Gilmour Guitar Collection totaled US$21,490,750, with all the proceeds benefiting @ClientEarth. Thank you to all the fans today for an incredible 8-hour auction with bidders from 66 countries around the world! https://t.co/zHpdOCP6TU pic.twitter.com/aQDSHFyFZU