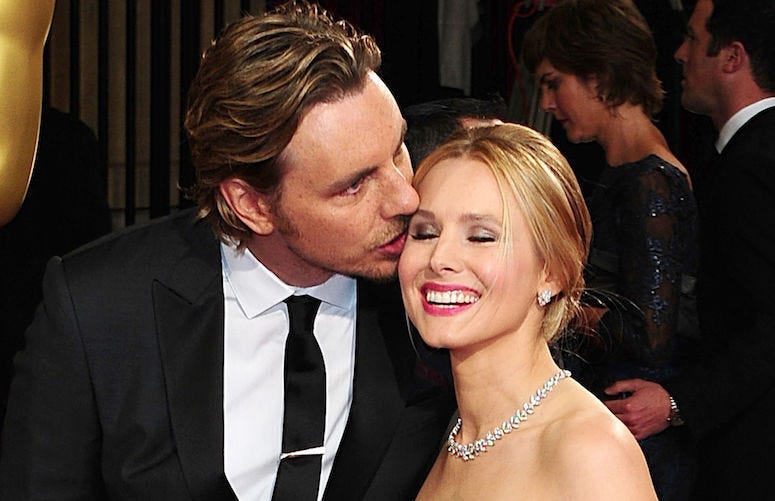 Dax Shepard and Kristen Bell were married in 2013, and have two daughters together.

Now, their girls are getting to the age when they realize there is something different about their mom and dad.

Shepard appeared on The Late Show with Stephen Colbert, and explained that their kids understand Bell is “Princess Anna from Frozen,” and that they have noticed people stopping and asking for pictures with them when they are out and about.

Now, though, it feels their daughters, Lincoln, 6, and Delta Bell, 4, are beginning to realize that mom and dad are “famous.”

Shepard told Colbert an absolutely adorable story of his daughter finding out that very fact, after asking her dad why people started listening to his podcast, Armchair Expert. When Shepard told her it was because he was famous, she absolutely flipped!