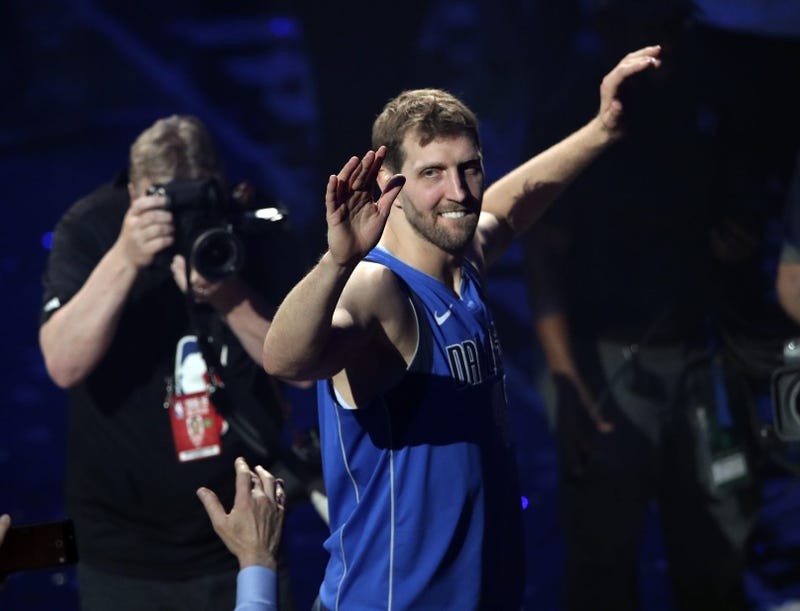 The moment we've all been dreading finally happened. It's official, the G.O.A.T. and our favorite Dallas Maverick, Dirk Nowitzki is retiring.

For the last few months, the retirement rumor has been rampant in DFW. However, all the while, Dirk has remained silent. That is until last night. After putting up 30 points, 3 assists, snagging 8 rebounds, and getting the win against the Phoenix Suns, Dirk had the opportunity to speak to his team and the fans about his retirement. However, not before Mark Cuban and Rick Carlisle paraded out allllllllll of Dirk's basketball heroes!

Needless to say, it was an emotional night for everyone. Everyone was crying, including the big man himself. And it all started around the 2nd quarter when the AAC aired the Children's Hospital story on the jumbotron.

🎥: @swish41 has not only made an impact on the court, but also in the community. Watch how Uncle Dirk has touched so many lives during the holidays over the last two decades. pic.twitter.com/yXeRIDOjgs

Here are just a few of our favorite highlights from last night...

At the end of this video, we were all in tears. Even Dirk. #GOAT pic.twitter.com/mhZANQX4h7

Meet @Koten_MFFL, a Mavs fan from Tianjin, China, who's produced some incredible @swish41 artwork over the years. Learn about his work and the inspiration behind it! pic.twitter.com/YGmJbU0S5M

Dirk throws it down AND HANGS ON THE RIM! 🔥🔥🔥 pic.twitter.com/za1IfEBH1R

🎥: Some of Dirk's greatest scenes over the years. Get this man an Oscar! pic.twitter.com/Cs5Xkd8MiP

Now for the kick to the gut, the ultimate send off for our boy in its entirety.

Thank you Dirk! We love you! And you will be missed.