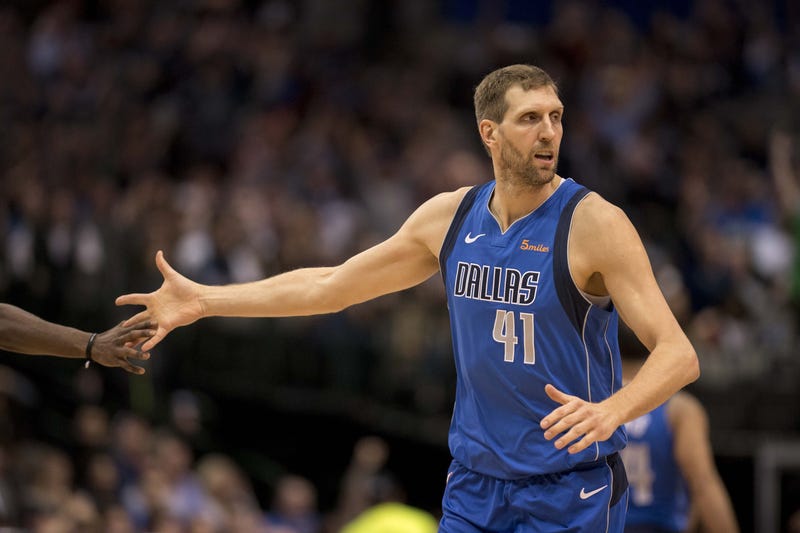 Dirk Nowitzki, the most beloved Dallas Mavericks player in franchise history, has gone viral! And it's not because of his basketball skills. It's becuase he comes to work with a plate of leftovers.

Take in this statement...Dirk has 300+ million dollars and his wife still sends him to games with a plate of leftovers wrapped in tinfoil.

Lunch always tastes better when it's packed by someone you love 💕

There is so much right with this picture. He's just like us!!!

Of course, after this image surfaced, we had to do some homework. This tinfoil plate of leftover could just be a one time thing. However, it's not! Apparently, Dirk is a picky eater. There's early documentation from 2013 that shows Dirk bringing in his own food from home. In fact, the Mavs PR department gave a statement back in 2015 on the subject, saying...

"Yes, in Dirk's old age he has gotten very particular about his diet. So, that said, he brings his own food to eat after the game. The plate that he always walks around with is his to-go plate that he brings his food on every game. He is a creature of habit, for sure."

Dirk, we love you! You keep on doing you!