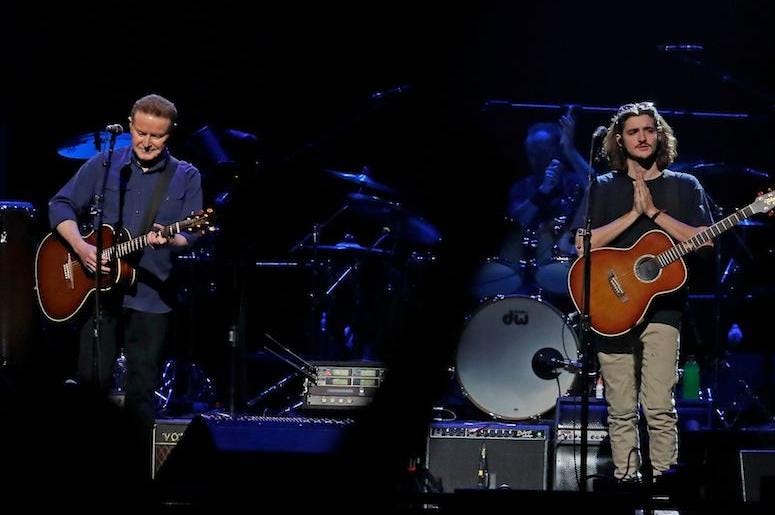 This September, the Eagles will do something they’ve never done before in their entire almost five decade career.

When the band takes the stage at the MGM Grand Garden Arena in Las Vegas, they will perform the album Hotel California in its entirety.

This will be the group’s only performance in North America in 2019, with Don Henley, Joe Walsh, and Timothy B. Schmit joined by Vince Gill and Deacon Frey, who is taking the reigns from his father Glenn who passed away in 2016.

Hotel California is the third best-selling U.S. album of all time, behind Michael Jackson’s Thriller, and one of their own albums, Eagles: Their Greatest Hits.
Via Billboard