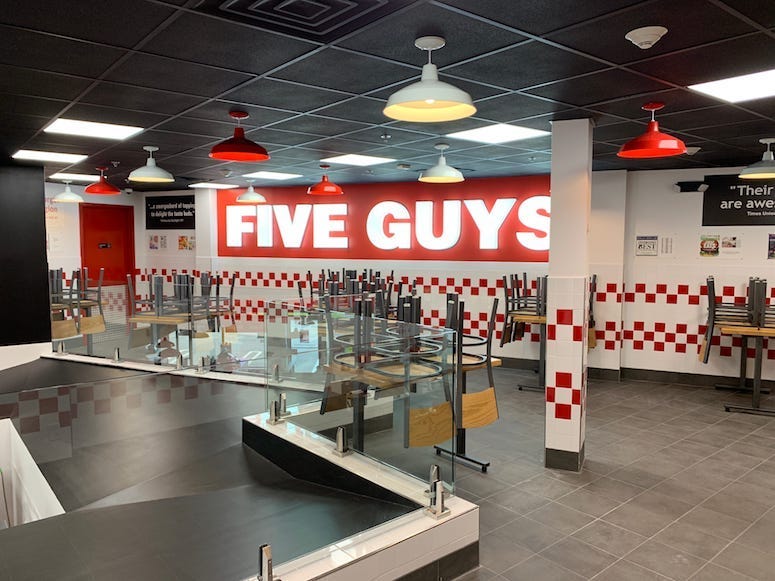 Photo credit (Photo by David P. Willis)
By Miles In The Morning 98.7 KLUV

Five men were arrested in Florida yesterday after allegedly getting into a fistfight at a Five Guys restaurant.

So yes, five guys were arrested at Five Guys.

The Stuart Police Department announced the arrests on Facebook writing, "Five guys were involved in the fight, and those five guys found themselves under arrest."

While the cause of the fight is still unclear, witnesses say a cup was thrown, and a door was slammed into someone's face before an "all-out brawl" broke out.

Three male juveniles and two adult men were charged with affray, a first degree misdemeanor charge resulting from two or more people fighting in a public place and disturbing the peace, according to the Orlando Sentinel.
Via Fox News