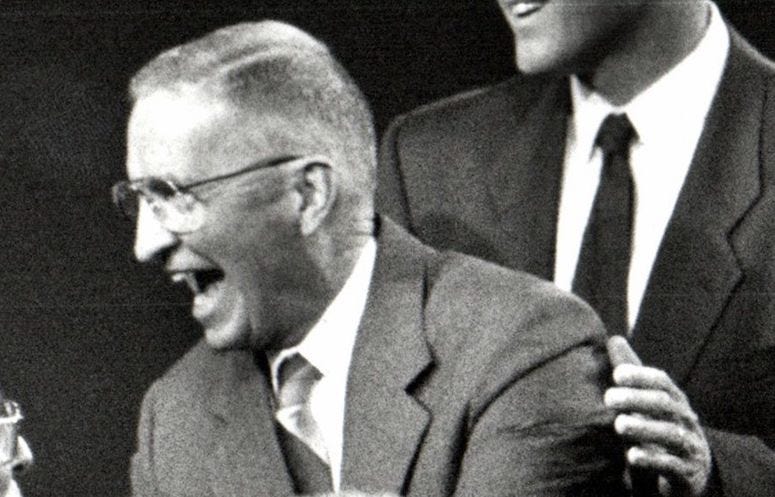 Photo credit (Photo by John A. Stano, Detroit Free Press)
By Miles In The Morning 98.7 KLUV

Businessman and Texan H. Ross Perot died earlier today at the age of 89.

Perot is probably best known for his attempt at the presidency, running for office in 1992 as an independent.  He founded Electronic Data Systems (EDS) in Dallas, Texas in 1962.  In 1968, EDS went public, and Perot was featured on the cover of Fortune Magazine, where he was called the "fastest, richest Texan."

Perot ran for the presidency in 1992, receiving 18.9% of the popular vote, but no electoral college votes.

In May of 2018, Perot donated $50 million to the fund-raising campaign to build the new Victory Park location of the Museum of Nature & Science, which now bears his name.

Perot is survived by his wife Margot and their five children.