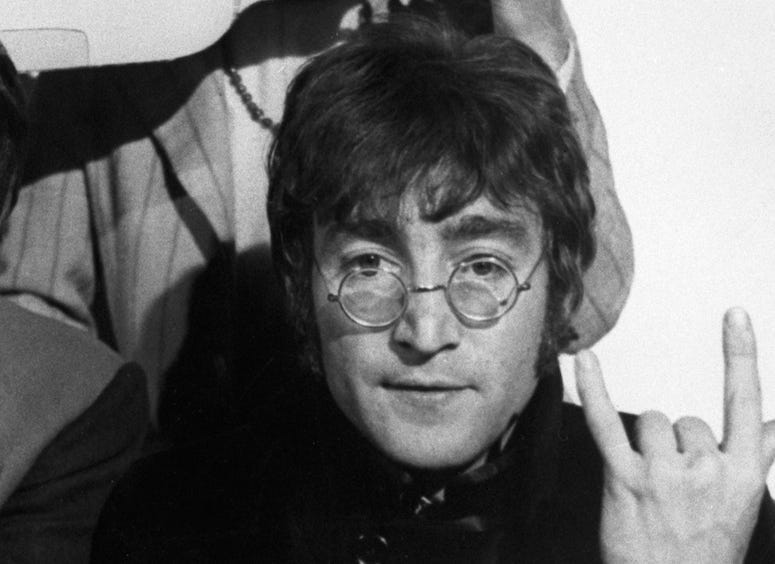 Filmmaker Michael Epstein feels like he hit a music goldmine.

Yoko Ono made available to him footage that the world thought was long lost, showing exclusive footage of John Lennon rehearsing, recording, and performing songs from his second album Imagine.  Epstein told WENN, "Yoko realized there was all this material that had been shot that nobody had ever seen.  I thought I had seen everything and I thought I knew the story, but I remember seeing this footage for the first time and just being blown away…"
One of the many surprises Epstein found while combing through the footage was George Harrison performing on the track "How," of which he has never been credited.  "I open the film with John at an upright piano playing out the chords to "How," which is on the Imagine album, and the camera pulls back and you see it’s George Harrison who is playing.  George is not credited on the album for playing "How."  Nobody has ever seen this material before."

The lost footage also includes intimate moments of Lennon and Ono's including them "holed up at the St. Regis Hotel in New York."  The video shows Lennon sitting on a couch playing guitar and singing songs which according to Epstein, "You see the real John as a fly on the wall."

All of the footage was complied into a documentary, John & Yoko: Above Us Only Sky, which airs on A&E tonight.