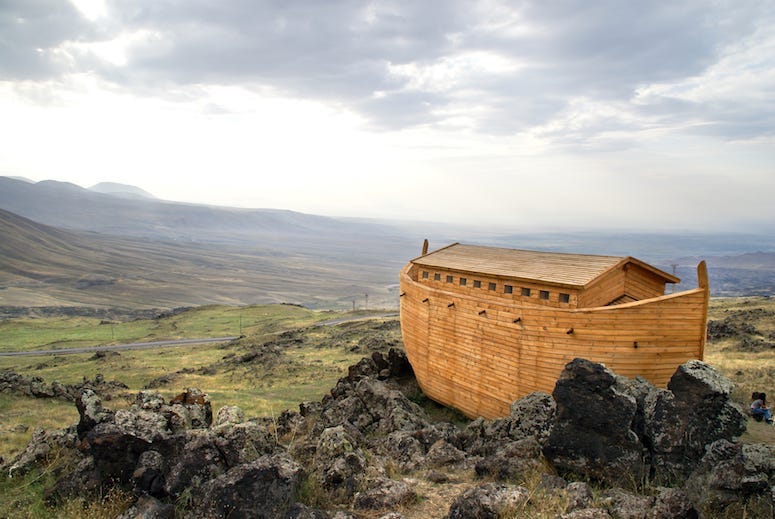 The owners of a full size-replica of Noah's Ark have filed a lawsuit against their insurers for, of all, things, rain damage.

Of course, the famed story goes a man, Noah, built a gigantic ark to house at least two of every creature on Earth, and his family, from a global flood caused by 40 days of nonstop rain.  The replica is located in Williamstown, Kentucky, and is part of a theme park centered around the massive structure.

Luckily, the ark made it out of the rian ok, but the owners of Ark Encounter are suing their insurers because the rainfaill damage the area surrounding the park, causing a "significant landslide on the property," undermining an access road leading to the massive wooden vessel.  The lawsuit was filed in the US District Court for the Eastern District of Kentucky, alleging the insurers acted in bad faith after investigating the property damage.

Melany Ethridge of Ark Encounter wanted to make it clear the rainfaill that caused the damage was not exactly of biblical proportions.  She wrote in a letter to CNN, "Contrary to some reporting, the damage to certain areas of the Ark Encounter themed attraction was not caused by a 'flood.'"  And despite the damage to the surrounding area, the ark was left undamaged.  "The ark was built on bedrock and was never in jeopardy," she said.