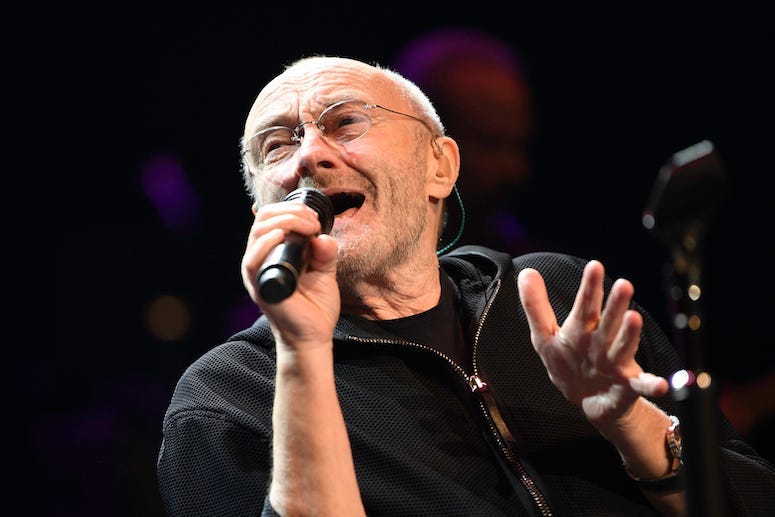 The 68-year-old was performing in Charlotte, and walking to a chair with the aid of a cane, and in his attempt to sit down and enjoy a drum solo performed by his son, took a nasty tumble and fell backwards onto the hard stage floor.

Luckily, the fall didn’t hurt Collins too much.  He was helped back up by a few stagehands, flashed a thumbs up to the crowd, and went right on performing.

Collins continues on the Not Dead Yet tour tonight in Detroit, and wraps up after ten more performances with the final show October 19 in Las Vegas.