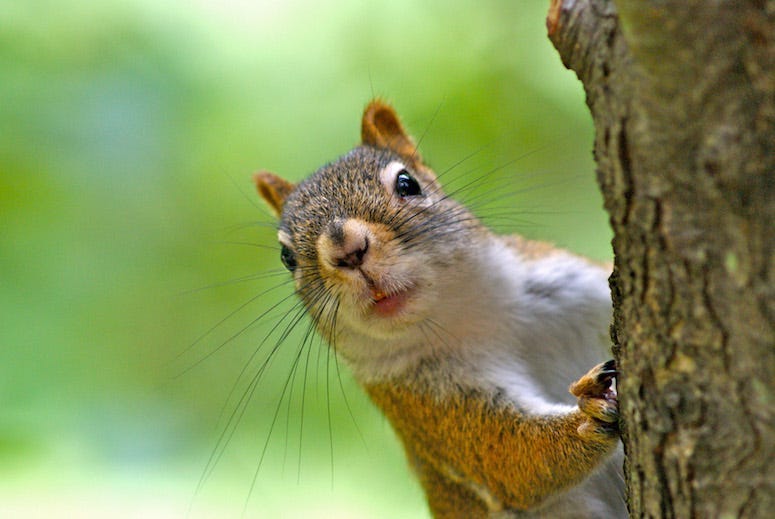 Police in Alabama have arrested one man, and are on the lookout for another, after a raid of their apartment complex resulted in drugs, paraphernalia, and an illegal attack animal.

Before searching 35-year-old Mickey Paulk's apartment in Limestone County, police were told that Paulk kept an "attack squirrel" in the home.  It's already illegal to have a squirrel as a pet in Alabama, but police were also informed that Paulk had been feeding the squirrel meth to ensure that it was aggressive, and would protect his home at all costs.

Police found the squirrel locked in a cage, but since there was no safe way to test it for drugs, they released it back into the wild.

Authorities are still on the lookout for Paulk, but arrested 37-year-old Ronnie Reynolds of Ardmore, Alabama and charged him with possession of a controlled substance, possession of drug paraphernalia, and loitering at a known drug house.