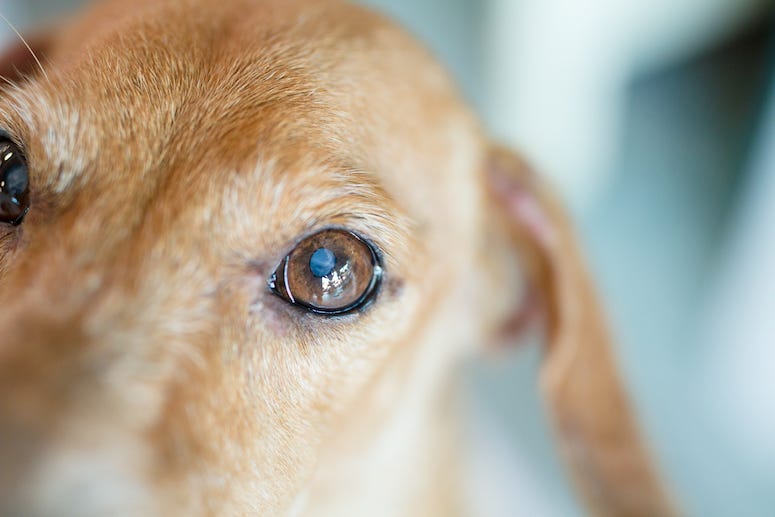 We’ve all fallen for those sweet puppy dog eyes.

It’s nothing to be ashamed about after you slip your pup some food from the table or let them on the furniture if they’re not allowed.  We can’t help it.  And finally, we can prove that very sentiment.

A new study has found that modern dogs have evolved into having the trademark “puppy dog eyes.” Canines of the past, and wild wolves and dogs now, have no such feature, and dogs over the generations have developed them in order to tug at our heartstrings.   The findings, published in Proceedings of the National Academy of Sciences of the United States of America, says dogs have a muscle responsible for raising the inner eyebrow "specifically for facial communication with humans.  The movement makes the eyes appear bigger, hence more infant-like and potentially more appealing to humans.  This inner brow raise also resembles a facial movement humans produce when they are sad, potentially eliciting a nurturing response from humans.”

Bridget Waller, the director of the Centre for Comparative and Evolutionary Psychology at the University of Portsmouth, echoed the sentiments of the findings saying, “They are very powerful animals in how they capture our hearts.  We pay a lot of attention to faces, they are meaningful to us, and this expression makes dogs look juvenile and sad. It induces a nurturing response.  It’s a cute factor.”