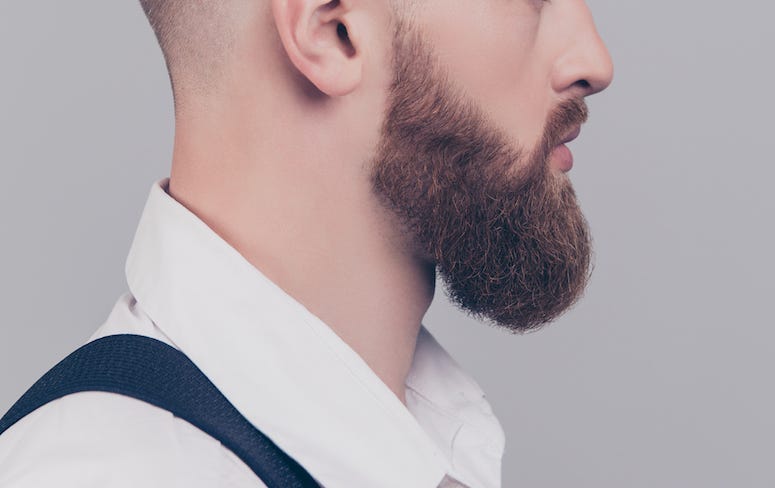 If you want to be free of germs, science has found that you should probably start by shaving the beard.

This finding came about after researchers wanted to determine if dogs and humans using the same MRI scanner was hygienic for both parties.  To find that out, researchers at the Hirslanden Clinic near Zurich, Switzerland compared the bacterial load in colony-forming units (CFU) of "human-pathogenic microorganisms" in samples taken from 18 bearded men, and 30 furry dogs.  And just to be sure of their findings, the researchers also examined the bacterial contamination of an MRI scanner used by both dogs humans, and two others used exclusively by humans.

Every single one of the 18 bearded men showed high microbial counts, whereas only 23 of the 30 dogs had the same.  In fact, the research found that 7 of those men had so much "beard bacteria" they were at risk of getting sick.  Also, the jointly used scanner had SIGNIFICANTLY lower bacteria counts than the scanners used only by humans.

With all this information, study author Andreas Gutzeit could only conclude that dogs are cleaner than humans with beards.  Gutzeit said, "On the basis of these findings, dogs can be considered as clean, compared with bearded men."

Of course, these findings have some beard-enthusiasts crying foul.  Keith Flett, founder of the Beard Liberation Front, cast doubt on the study's findings.  He said, "

I think it’s possible to find all sorts of unpleasant things if you took swabs from people’s hair and hands and then tested them,” he said. “I don’t believe that beards in themselves are unhygienic.  There seems to be a constant stream of negative stories about beards that suggest it’s more about pogonophobia than anything else."