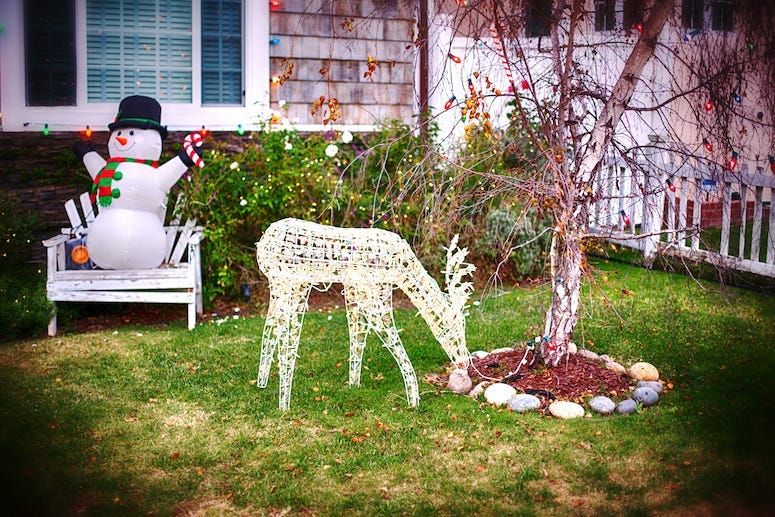 A family in San Antonio decided it was best to put up their Christmas decorations as early as possible.

Claudia Simonis is eight months pregnant, so she and her husband Nick wanted to get an early start to their celebrations.  Unfortunately, their HOA had other plans.

The couple set up the decorations November 1.  Just a couple of days later, they received a letter that read in part, “Maintenance – Holiday Decorations Need To Be Removed. Please remove the snowman until closer to the holiday season.”

Despite their HOA’s warning, the Simonises have no intention of taking the decorations down.  Nick said in an interview, “We’re not going to do it.  It’s the Christmas spirit. We’re not going to be forced by the HOA to take it down.”

Once their neighbors got wind of their HOA’s demands, they began putting up their own decorations in solidarity.  Neighbor Charles Minton said, “These are the holidays. This is what we do. We take care of our neighbors. That’s what a neighborhood is about.”