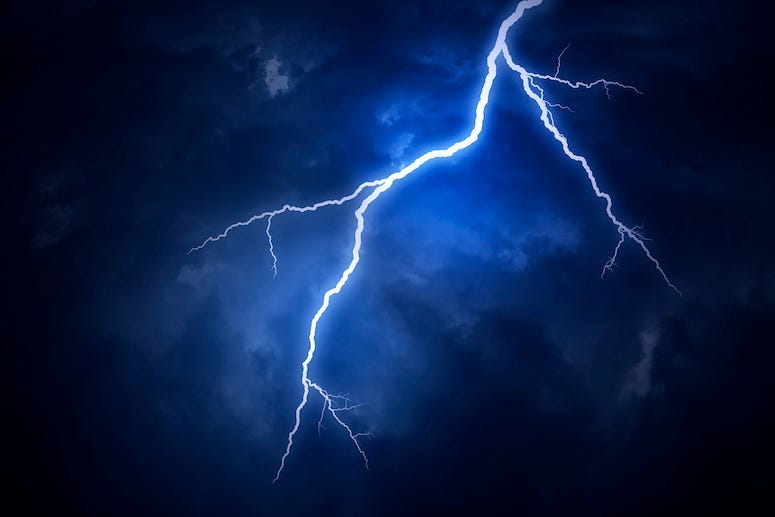 Alex Coreas was out walking his dogs last Thursday when disaster struck.

Coreas was struck by a bolt of lightning while walking through the Meyer Dog Park in Spring, Texas. Christy Mittler, a clinic worker at the Stuebner Airline Veterinary Hospital, said, “His shoes and his socks got blown off his feet.”

This is just incredible. Watch the moment this man in Texas was struck by lightning. Fortunately, his life was saved by the quick actions of bystanders. pic.twitter.com/UbNPV9bJ5h

Luckily, the quick actions of some nearby good Samaritans saved Coreas’ life.

Corey Hart was waiting nearby to pick up his daughter when he heard the lightning crash, and saw Coreas lying on the ground.  He flagged down another man, Bill Williams, who performed CPR on Coreas until he had a pulse again, and until EMTs arrived.

Though alive, Coreas suffered “very serious injuries” from the strike, including fractured ribs, fractured temporal bone swollen eye, bruising and "many muscle ruptures due to the lightening (sp) striking him.”

The family created a GoFundMe page to help pay for his medical expenses.