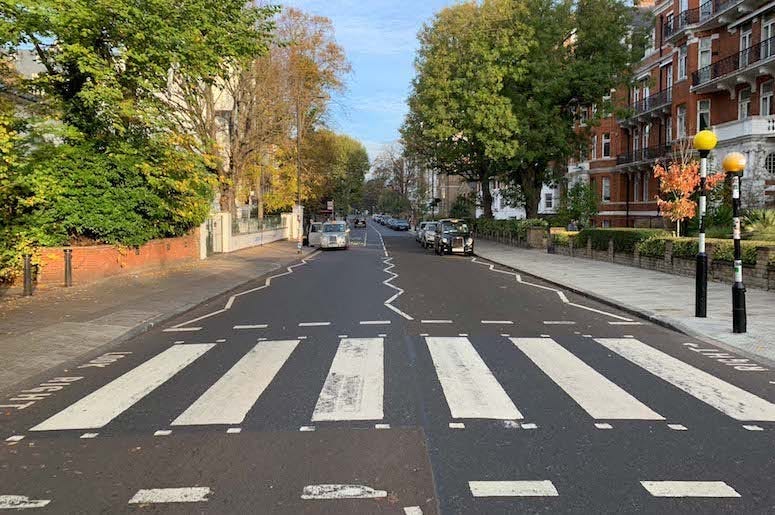 50 years ago today, four mop-topped Liverpudlians walked across Abbey Road to create one of the most iconic album covers of all time.

Though The Beatles’ Abbey Road was released on September 26, 1969.  The photo shoot for the cover took place today 50 years ago, just outside EMI Recording Studios in the City of Westminster, London, England.

50 years ago TODAY: The cover of 'Abbey Road' was photographed pic.twitter.com/aJ03HYeYKf

Scottish photographer Iain Macmillan only needed six shots to capture the iconic image, with the fifth photo being used for the cover.

50 years ago today, @TheBeatles gathered at EMI Studios for one of the most prolific photoshoots of their career. A policeman held up the traffic as photographer Iain Macmillan took six shots of the group walking across the zebra crossing just outside the studio. #AbbeyRoad pic.twitter.com/ROgV1SE9d4

Hundreds of fans gathered earlier today in London to celebrate the anniversary of the photo.

Abbey Road has been voted the best Beatles album of all time.  EMI Recording Studios, later renamed Abbey Road Studios, and the zebra crossing were granted protected status in 2010.