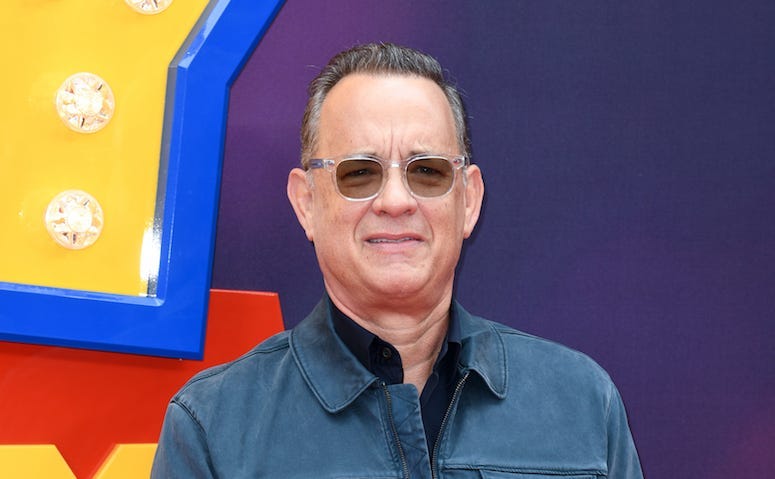 We understand that most actors are given talking points for when they appear on talk shows.

The studio wants to make sure their latest project is promoted properly, and the celebrity doesn't potentially say anything that can harm the potential earning power.  Plus, some celebrities might not be as charismatic and light on their feet as others, and might need some talking points to help keep the conversation coherent.

However, Tom Hanks is not one of those celebrities.

Still, while out to promote Toy Story 4 on Jimmy Kimmel Live!, Disney PR felt it was best to send a list of talking points and questions to both Kimmel and Hanks to make sure no spoilers were released, their characters were promoted how they wanted them to be.  You'd think after 25 years of working together, ever since the first Toy Story, released in 1995, Disney would know Hanks doesn't need any help to keep the conversation alive, affable, and fun.

Still, their PR thought to send him some notes just to be safe, so he brought them out while being interviewed for a bit of good, trolling, fun.

What are they going to do, fire him?!