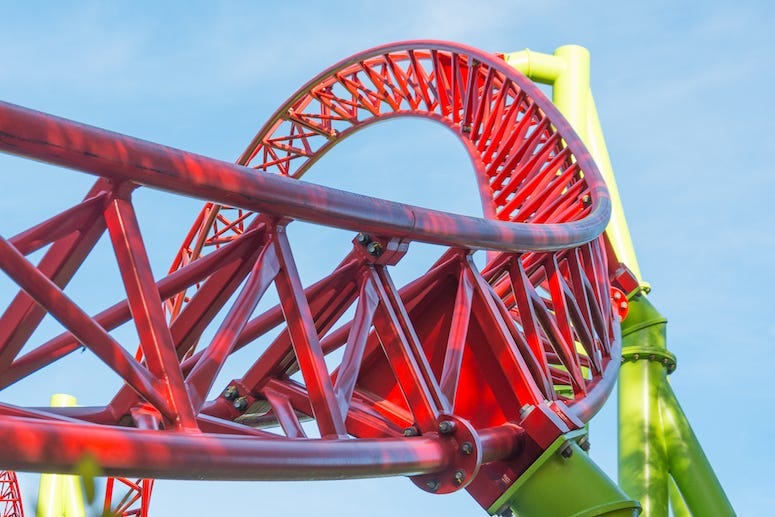 A woman named Nicole Ormiston was visiting the Warner Brothers Movie World park in Queensland, Austrlia when they decided to ride the DC Rivals Hypercoaster.  Up front was a young woman named Paige and her uncle.  The video obviously shows the pair enjoying the thrill ride, until the moment Paige was hit in the face by a random flying object.

Actually, it was a bird.

While riding the coaster, a bird flew directly into Paige's face, obviously sending her into a complete shock, which makes for an absolutely hilarious video.

Thankfully, it appears neither Paige nor the bird suffered any serious injury.  Paige was left with a beak scratch on her shoulder and a few feathers strung on her person, but otherwise is ok.

According to the theme park, the DC Rivals Hypercoaster is the “tallest, longest and fastest ride in the Southern Hemisphere,”  and features an 89-degree drop and what it describes as the “world’s first non-inverted loops."